Phoenix post four wins in dual loss to the Cumberlands 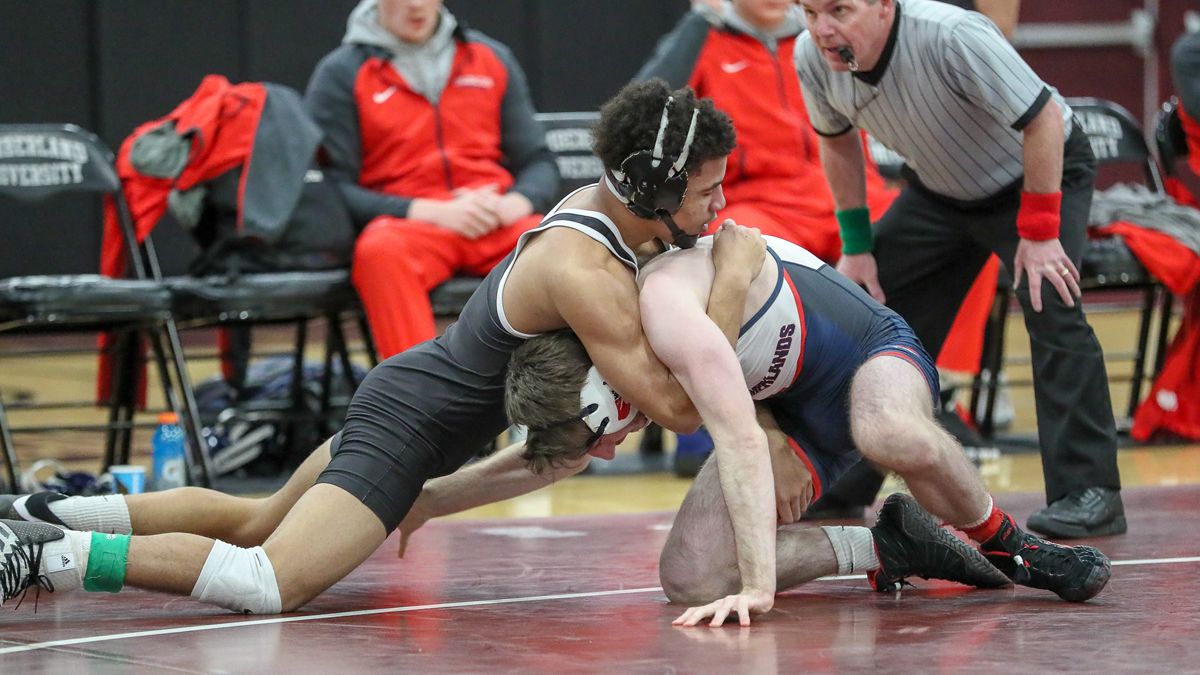 Keshawn Laws recorded a 9-6 Decision at 141 in CU's loss Wednesday to the Cumberlands. (Credit Steve Wampler)

LEBANON, Tenn. – Keshawn Laws, Matthew Sells, Nathan Walton and John Olivieri each posted Decisions for Cumberland, but a pair of pins and two Tech Falls gave fifth-ranked University of the Cumberlands a 28-12 team victory in a dual match against the Phoenix here Wednesday night at Dallas Floyd Phoenix Arena.

Cumberland (2-5, 1-1 Mid-South) fell behind early, pulled within 19-12 in the middle part of the match but lost the last two bouts gave the Patriots (7-2, 2-0) the win. Four of the five losses this season for the Phoenix have come to ranked opponents.

Laws, ranked 17th at 141, returned to the mat for the first time in a month and held off Chase Brown for a 9-6 Decision to get Cumberland on the board, but third-ranked Hayden Lee pinned Austin Plumlee to begin the match at 125 and UC’s Jacob Seto recorded an 18-0 Tech Fall at 133 versus Jacob Rhyne.

Top-ranked Tres Leon extended the Cumberlands overall lead in the match to 16-3 with an 18-3 Tech Fall at 149 versus Anthony Maia, who was making his CU debut.

Cumberland freshman Joshus Teaster nearly pulled off the upset of the evening at 157, taking an early lead with two near falls in the first period against sixth-ranked Bobby Ehman, but Teaster was called for stalling twice in the third period and then lost in the final 15 seconds. Ehman came away with a 16-11 Decision for the Patriots.

Sophomore Sells registered an 8-1 Decision at 165 against Brady Emerson and freshman Nathan Walton, ranked 12th at 174, dominated the first two periods and held off 20th-ranked Jarod Swank for a 13-7 Decision.

Junior John Olivieri, ranked 19th, scored twice in the third period and posted a 9-3 Decision versus Max Emerson at 184.

Sixth-ranked Eric Deluse pinned Nawin Hyers and ninth-ranked Quandre Chisolm won an 8-2 Decision against Grayson Walthall for the Patriots to finish off the match.

Cumberland takes on 13th-ranked Southeastern University this Saturday at 1 p.m.