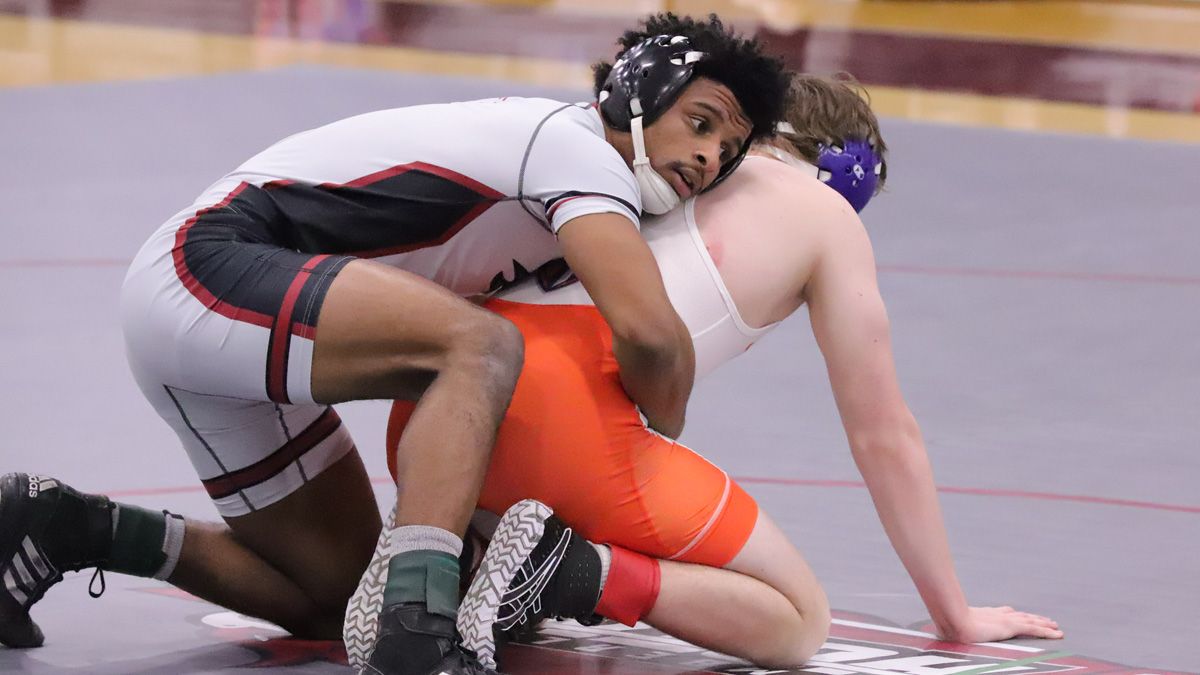 Anthony Maia picked up a pair of wins Friday, including a pin against West Virginia Tech. (Credit Coy Gill)

LEBANON, Tenn. – Nathan Walton won a pair of bouts and John Olivieri and Anthony Maia each picked up two victories for Cumberland wrestling, as the Phoenix split a pair of matches on Friday in Campbellsville, Ky., defeating West Virginia Tech before falling to 17th-ranked Campbellsville University.

Cumberland (5-8, 2-4 Mid-South) takes on third-ranked Life University in the team’s final dual match of the season this Wednesday at 6 p.m. in Marietta, Ga.

The Phoenix posted a 45-9 victory over West Virginia Tech thanks to three Forfeits and four pins by CU.

Blaine Fussell got things started on the right foot for Cumberland with a pin at 2:25 over Neko Aequilina at 125, but the Golden Bears answered with a Fall and a Decision to take the lead in the match.

WVU’s Tristan Bean pinned Austin Plumlee at 2:40 at 133 and Logan Robertson won a 7-4 Decision over Alema Favors at 133.

Maia pinned Devin Wilhelm at 6:14 at 149 and Joshua Teaster picked up a Forfeit for the Phoenix at 157 to put CU ahead in the match for good.

Matthew Sells outlasted Cameron Crislip for a 2-0 Decision at 165 for Cumberland and Walton, ranked seventh nationally at 174, pinned Caleb Barley at 2:36. Olivieri and Nawin Hyers also recorded Forfeits at 184 and 197, respectively, before Grayson Walthall finished off the match with a pin at 285 against Christian Lively at 4:04.

Things did not go as well for the Phoenix against the 17th-ranked Tigers, who jumped ahead early and fended off a comeback effort by Cumberland.

Favors posted a 3-2 Decision against Aaron Rugnao at 141 to get the Phoenix on the board and Maia picked up a Forfeit at 149, but Chandler Woenker won by Fall at 0:44 at 157 over Teaster and Gavin Smith registered a 4-0 Decision versus Sells at 165, extending the Tigers lead to 20-9 in the match.

The Tigers won the last two bouts, with David Richardson pinning Hyers at 197 in 26 seconds and 11th-ranked Ashton Mutuwa registering a 5-3 Decision against Walthall at 285.