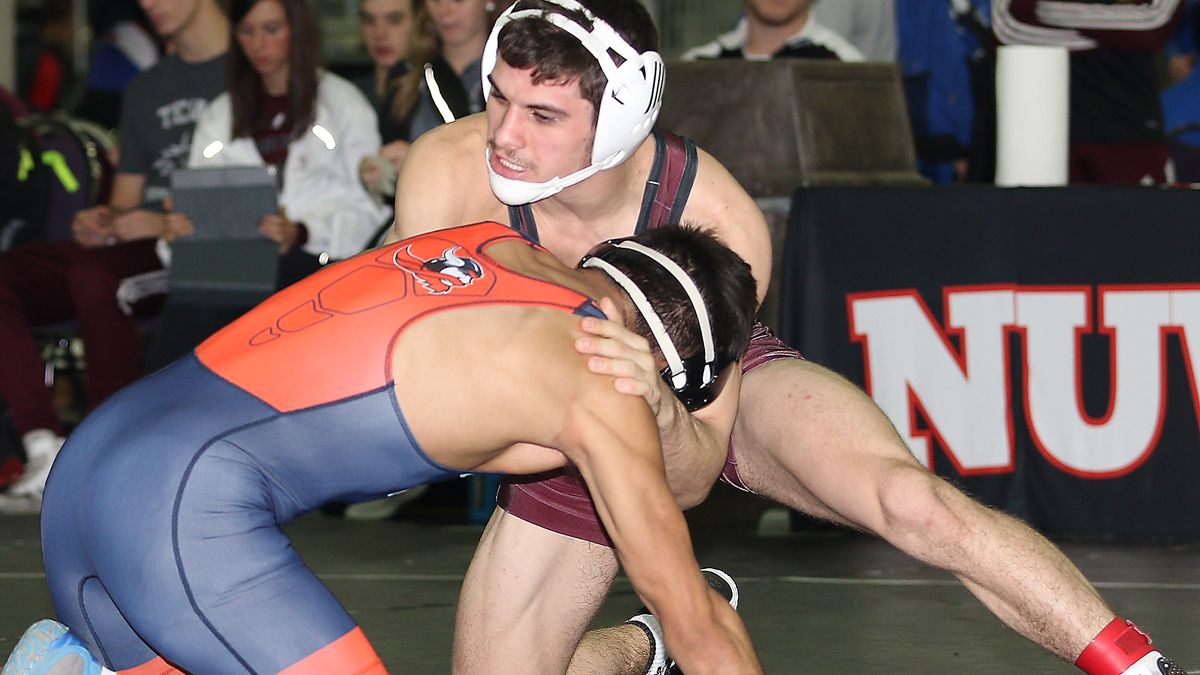 Austin Plumlee posted one of three pins for the Phoenix in a 30-15 victory Wednesday over third-ranked Life. (Credit Tim Tushla)

The Phoenix (6-8, 3-4) ended the regular season with their first win over a ranked opponent after seven losses, four of those to conference opponents. CU next participates in the Mid-South Conference Championships in Bowling Green, Ky., on February 16.

The Running Eagles won by Fall at 125 to start with the match, with Stephen Moreno picking up the victory against Blaine Fussell in 52 seconds, but Plumlee evened the match with a pin at 133 at 4:43 over Ethan McDonald.

Alema Favors recorded a 13-6 Decision against Robby Earick at 141 and Anthony Maia collected a 12-9 Decision versus Mason Calvert at 149 for a 12-6 CU advantage, but Life’s top-ranked Nosomy Pozo evened the march with a Fall at 2:56 over Joshua Teaster at 157.

Cumberland then won four straight bouts, starting with a 4-3 Decision at 165 by Matthew Sells against Phillip McBride. Walton, ranked seventh nationally, then pinned second-ranked Lucius Van Rensburg at 2:20 at 174, and John Olivieri tallied a 10-3 Decision versus Yakariel Judah at 184.

Hyers finished the scoring for the Phoenix with a pin at 4:42 against Austin Brown at 197. CU’s Grayson Walthall was edged out in the final bout at 285 by 16th-ranked Brandon Hill, a 5-4 Decision.