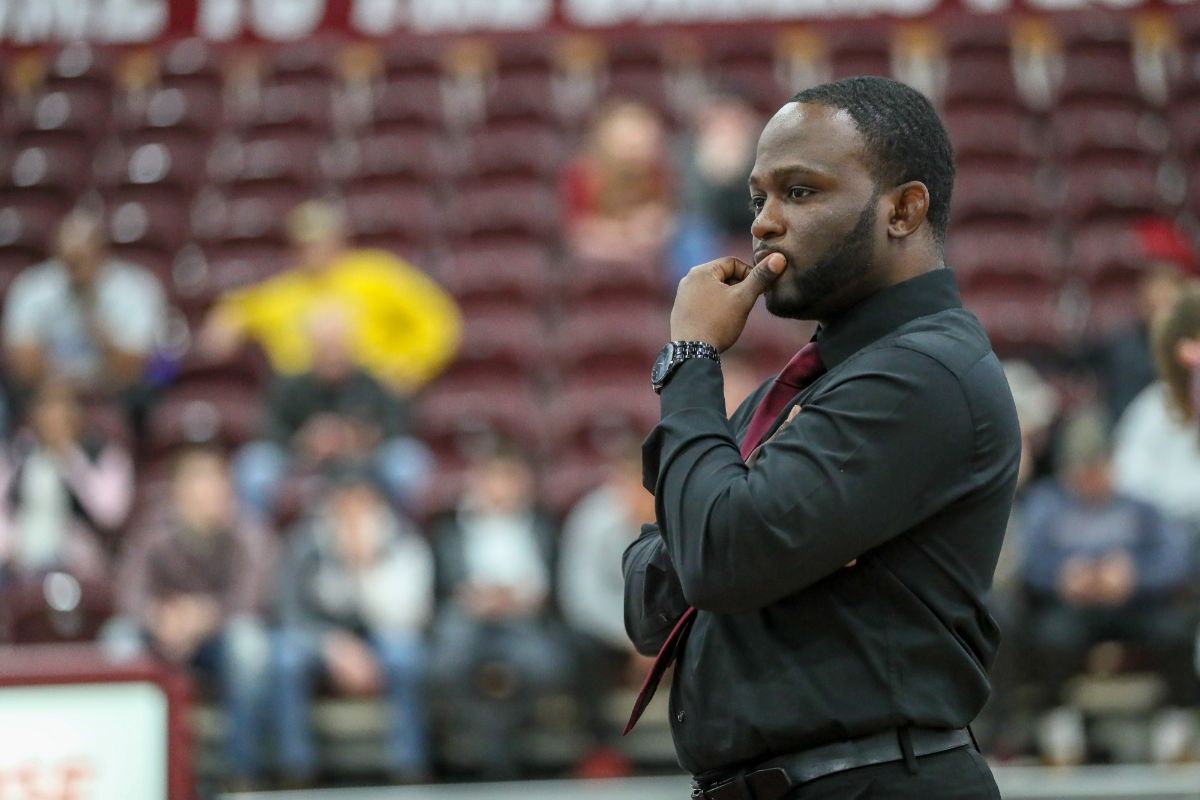 Coach James Hicks is priming his team for their season opener this Saturday at the Patriot Open. (Credit: Steve Wampler)

LEBANON, Tenn.-  Cumberland wrestling are selected third in the Mid-South South Division, released by the Mid-South conference officials on Monday.

This is the first season the teams will be broken up into two divisions, the North and the South. Campbellsville (Ky.), Cumberlands (Ky.), Lindsey Wilson, Midway (Ky.) and Thomas More (Ky.) will all be competing in the North Division while Cumberland, Brewton-Parker (Ga.), Keiser (Fla.), Life and Southeastern (Fla.) make up the South Division.

Life is the preseason favorite to win the South Division as they picked up three of the five first place votes and 15 total voting points.

Southeastern comes in at No. 2 in the preseason poll with 14 points and the final two first-place votes.

Brewton-Parker and Keiser round out the South Division in fourth and fifth. This is Keiser's first season of wrestling competition.

Lindsey Wilson garnered three of the five first-place votes to gain the top spot in the North Division.

Campbellsville and Cumberlands sit tied for second in the poll with 12 points apiece. The Patriots earned the final two first-place votes in the poll.

Midway and Thomas More round out the North Division poll with six and five points, respectively. This i sThomas More's first season of competition in the Mid-South.