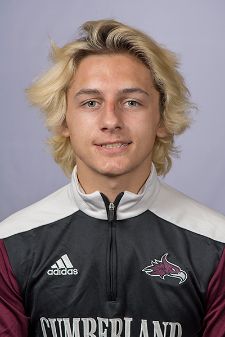 LEBANON, Tenn. – Freshman Dylan Quinn finished 2nd in his weight class at 165 in his debut for Cumberland wrestling Saturday at the Patriot Open in Williamsburg, Ky.

Junior Jacob Rhyne posted one win for the Phoenix at 133, starting with a sudden death victory over Thomas More's Jordan Hoselton. He then lost by a major decision from West Virginia Tech's Logan Robinson before losing his next match in the backdraw.

Carter Cox lost his first match by a decision, but posted three straight wins by decision in the consolation round at 122 defeating Ryan Ruebenacker from Brewton-Parker, his Cumberland teammate Jacob Andrews and Michael Parker from Midway. He lost by a decision in the fourth round of the consultations.

Ethan Woods received a first round bye at the 149 weight class before losing a decision to Indiana Tech's Nate Wheeler, 4-2. Woods came back for a 3-0 decision and a pin over Ethan Huffman from Mount Saint Joseph University. He lost by another decision in his final match of the day going 2-2 in the open.

Esteban Remillard lost in his first match of the day at the 149 weight class. He was able to get a pin in his second match over an unattached Chris Morales. He dropped a decision to Nate Wheeler in the consolation round four to finish 1-2.

Freshman Clark Leddon won his debut match for the Phoenix at 157 on a 4-2 decision over Adam Brinkman from Marian University. He was pinned in the third round by Abe Hafez from Midway and dropped his final match to Sam York of Indiana Tech by a pin.

Thierry Jean Baptist won his first match by a 5-2 decision before losing by a major decision from Marian University's Sam Osha. He bounced back in the consolation round for a 5-3 win over Austin Deffenbaugh and dropped the next match on a 10-5 decision.

Austin Antcliffe went 1-2 in the open, losing by an 8-5 decision in the opening match at 184. He came back and got a pinfall in the consolation round over Tyler Norton and lost his next match from a pinfall.