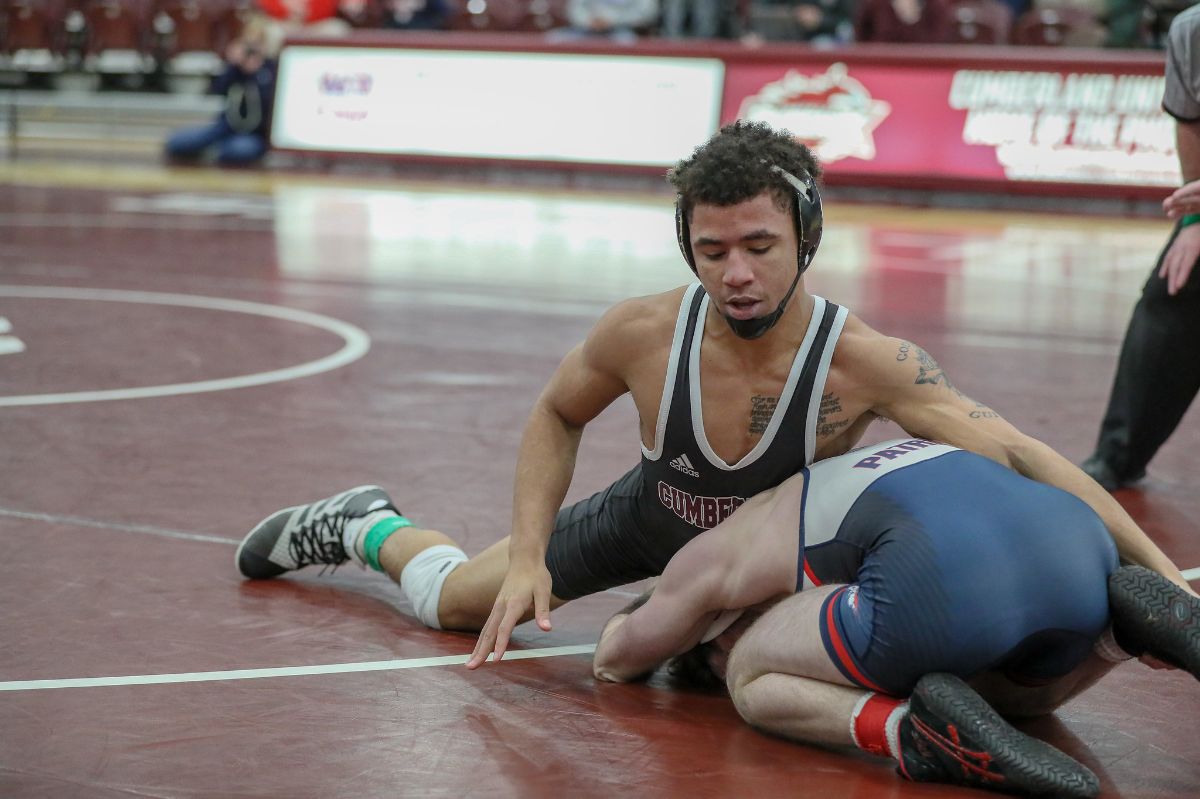 BRISTOL, Tenn.-  The Phoenix posted three pins and three decisions in the win over King University in Bristol, Tennessee, 27-19.

The Tornados (0-1) won the first two bouts in the match, taking a 10-0 lead before Laws and Remillard could get the Phoenix (1-0) on the board with two pins.

Rylee Billings got the Tornados the lead early posting a major decision over Cater Cox of Cumberland 11-2 at the 125 weight class.

King's Elijah Hicks followed in Billings footsteps and registered a pinned Jake Rhyne, but Keshawn Laws got the points back as he pinned Colin Leonard in 53 seconds at 141.

Esteban Remillard continued the CU success with a pin of his own on Bryson Hux to give the Phoenix their first lead of the night, the lead was short as Tyler Williams defeated Cumberland's Clark Leddon in a 6-2 decision.

Freshman Dylan Quinn continued his recent success with a 17-12 decision over Tornados' Elijah Davis at 165. The win gave Cumberland the lead again that they would not relinquish.

No. 8 Elijah Seay tried to get the Tornados back in the match with a pin against Antonio Mariscal at 197 and heavyweight Patrick Depiazza sealed the deal for Cumberland with a 4-2 decision.

Cumberland takes part in the Grandview Open this Saturday.