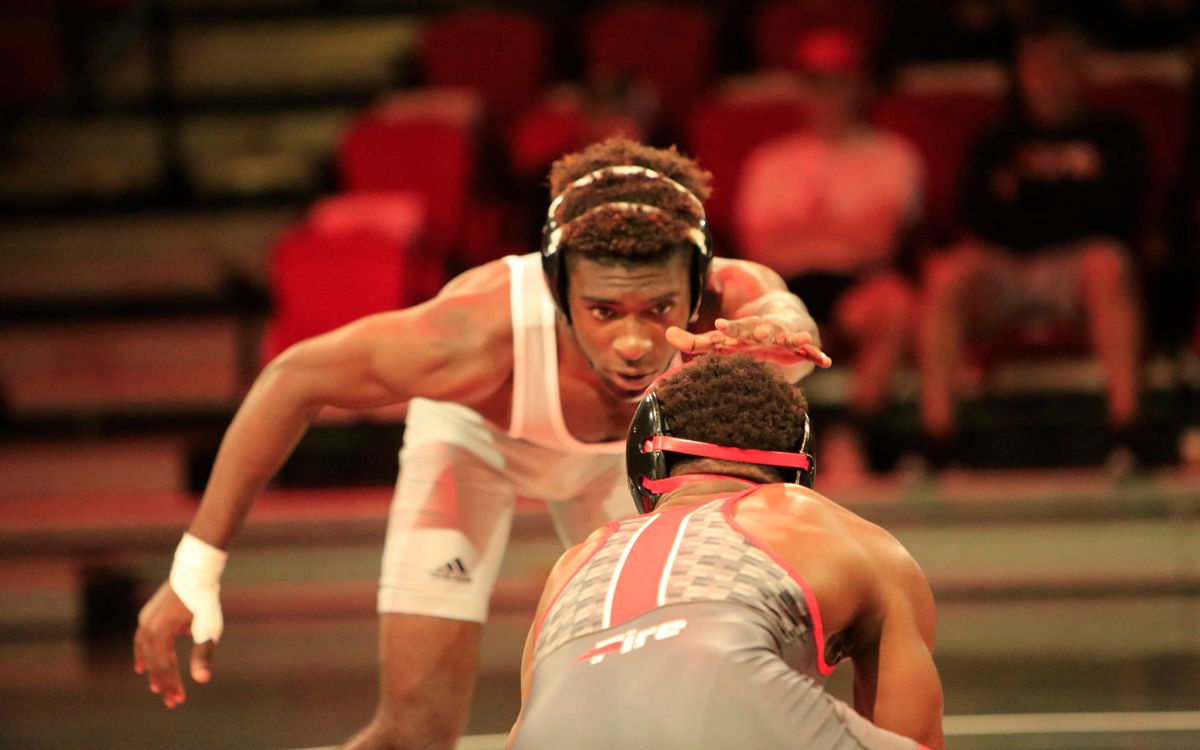 Keshawn Laws moves to 18-9 on the season with the victory in today's match.

LAKELAND, Fla.--The Phoenix came up short against tenth-ranked Southeastern in the second to last dual match of the wrestling regular season this morning, 32-10, in The Fire Pit in Lakeland, Fla.

Receiving votes in the most recent poll, Cumberland (8-6, 1-5 MSC) looked to be off to a good start in the match after Carter Cox defeated No.10 Southeastern’s (14-7, 2-2 MSC) Esau Bazilime in the 125 pound match. The Junior defeated his opponent in convincing fashion, pulling off a 10-5 decision to help Cumberland take an early 3-0 advantage in the dual.

In the next match, Southeastern took six points by winning via fall over Dylan Burton, but Keshawn Laws evened the dual back up after the 141 pound match, earning a 5-3 decision over Jaquan English.

The 149, 157, and 165 pound matches went against the Phoenix. The Fire grabbed a major decision, 12-2, over Esteban Remilliard and a forfeit in the 157 pound slot, relying on wrestlers ranked 11th and 3rd, respectively; in their weight classes to take a 16-6 lead. Thierry Jean-Baptiste kept things close at 165, but fell via decision, 7-3.

Nathan Walton dominated his ranked opponent in the 174 pound match, earning a 12-2 major decision against 13th-ranked Coleman Bryant. The victory pulled Cumberland within striking distance with three matches to go at 19-10, but the Phoenix were unable to close the gap. At 184, Austin Antcliffe’s match sat at 3-3 with less than a minute remaining, but his opponent was able to earn a point via escape and hold Antcliffe off long enough to take a 4-3 decision. The Fire’s lead ballooned to 28-10 after Champ Leddon was pinned in the next match, and the eighth best heavy weight defeated Patrick DePiazza via major decision in the final match of the dual.

The Phoenix’s next dual match will be at home versus third-ranked Life University this coming Thursday at 7 p.m., in the team’s final regular season dual match.