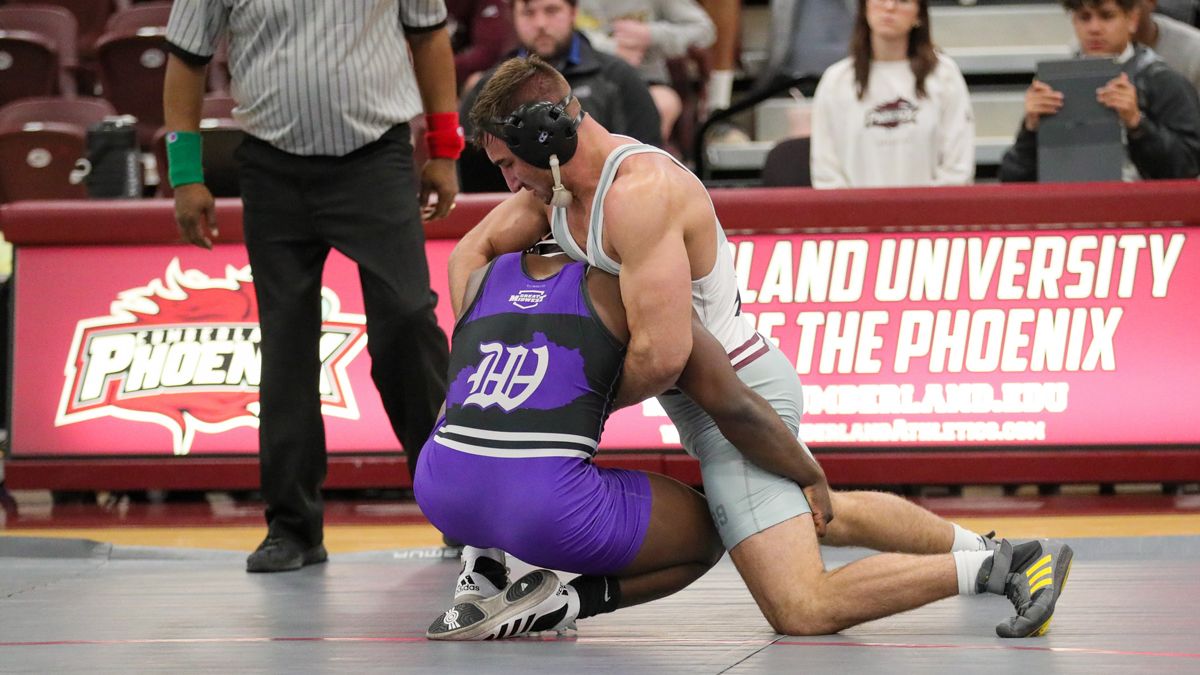 Cumberland (8-7, 1-6 MSC) started the dual with a victory from the capable hands of the upperclassman Carter Cox, pulling out a close victory over the 13th-ranked 125 pounder, Chase Ayers, 3-1. Life (14-1, 5-0 MSC) relied on the No. four 133 pound wrestler, Sean DeShazer, to retake the lead in the match 5-3 after earning a technical fall 15-0 over Dylan Burton.

The Phoenix retook the lead in the 141 pound match after Keshawn Laws earned a major decision over Marcus Abreu. The match was tightly contested through the first period, but a four count near fall and another two count near fall earned Laws an impressive 8-0 advantage. Laws slammed Abreu to the ground for a takedown as time expired in the match to maintain the major decision.

After Cumberland took a 7-5 lead, Life took a commanding lead, 20-7, winning the next three matches as wrestlers ranked 8th, 8th, and 12th in their classes captured victories for the Running Eagles.

In the 174 pound match, Nathan Walton quickly took control, earning a takedown and multiple near falls. In the third period Walton was able to turn his opponent, Phillip McBride, the rest of the way over to earn the pin. Austin Antcliffe followed Walton with another decision for the Phoenix to pull within four at 20-16. Antcliffe match versus Michael Gibson stood at 1-1 with mere moments remaining in regulation, but Antcliffe was able to upend Gibson, taking him to the mat for a 3-1 win.

Yet another highly ranked Life wrestler, #10 Diallo Matsimela controlled Champ Leddon throughout their match at 197, earning a 15-4 major decision to put the match out of reach for Cumberland 24-16. Cumberland put forth a great effort in the final match, Patrick DePiazza taking Bret Winters to the mat multiple times in the heavy weight match for a 9-3 decision.

Tonight's match was the final regular season dual of the year. Cumberland hosts the Cumberland Open this Sunday before moving on to the Mid-South Conference Dual Championship on Monday, Feb. 10.