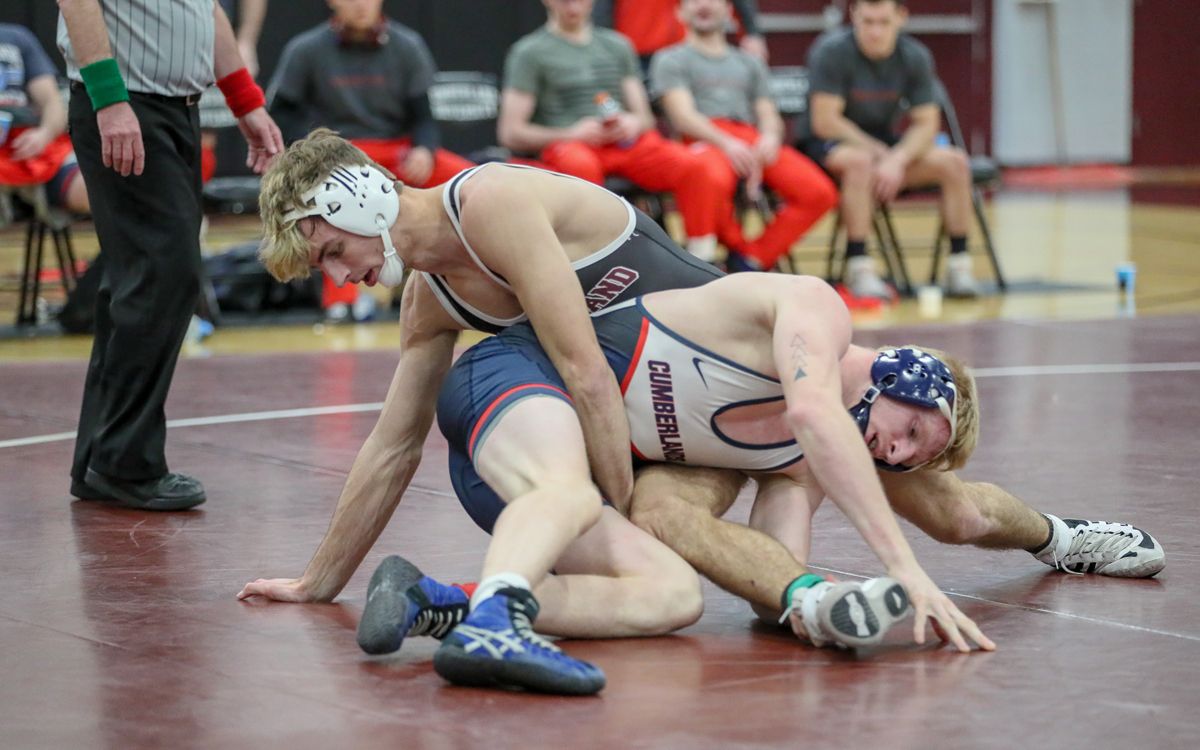 WICHITA, Kansas-- Nathan Walton and Patrick Depiazza both had great days to start the 2020 NAIA National Championship, making it to the second day of competition to ensure a placing.

The No. 5 seed in the 174 weight class, Nathan Walton started his day off with a major decision over Scott Sopko of Indiana Tech to advance to face the No. 12 seed Gerardo Hernandez of Life Pacific. Walton's dominance continued in his next match as he earned another major decision, leading into his quarterfinal's match against the fourth seed, Daniel Butler, from Embry Riddle. Walton moved to 3-0 on the day with a decision, setting himself up with a revenge match from earlier in the season against the top-seeded Lucas Lovvorn in the semifinals.

Patrick Depiazza wrestling with the heavyweights dominated his opening round match with Phil Rasmussen from Morningside. He won by a 15-0 tech fall advancing to take on No. 4 seed Matt Kent out of Grand View where he lost in a major decision. Depiazza won his first match in the consolation bracket via a sudden victory over Ottawa University's Lexington Plumber. Facing the No. 11 seed Ethan Bunce next, Depiazza pulled off the upset in a tightly contested 15-14 decision. In his final match of the day, Depiazza pulled off another upset to stay alive for the second day of the tournament, defeating the No. 7 seed, Aaron Johnson, 3-2.

At 141, Esteban Remillard opened up with a 6-5 decision over Jaxon Gilmore of Oklahoma City to advance to take on the No. 1 seed from Grand View Kendon Lee. Lee won a 14-4 major decision.

Also wrestling at 141, Keshawn Laws, on the other side of the bracket, lost by a tech fall to No. 2 seed Nick Henneman from Lourdes. Laws and Remilliard drew each other in the consolation round after their losses, Laws advancing on a 5-4 decision. The junior's journey came to an end in his next match in the third round of the consolation bracket, falling 9-4 to the eighth seed, Dayton Marvel, from Campbellsville.

The final day of the NAIA Wrestling Tournament kicks off tomorrow morning.