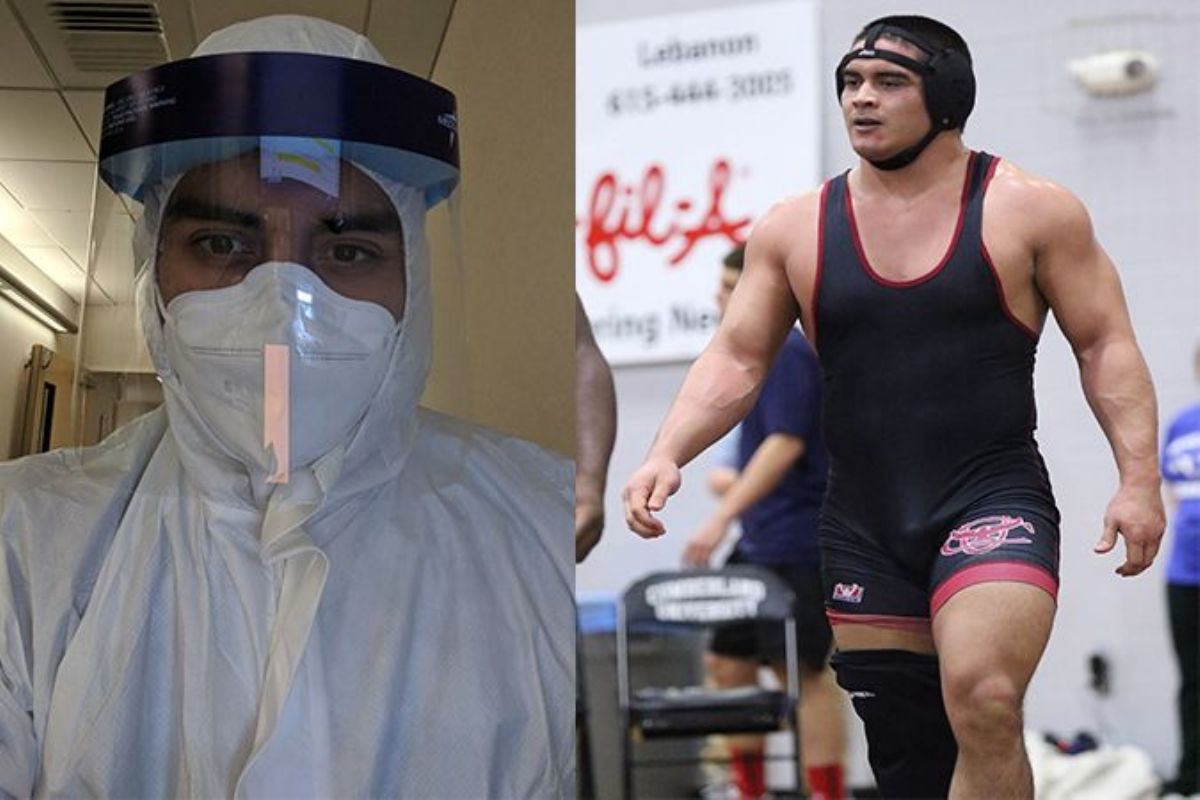 LEBANON, Tenn.--Former Cumberland wrestler and 2015 nursing grad, Scott Stewart, has ventured from his nursing job in Florida to New York City to take on the most highly populated COVID-19 area in the United States.

Stewart is a native of Kenova, West Virginia where he attended Spring Valley High School. He lettered in football and wrestling. But chose to focus on the latter moving forward. He placed in 4th in the state wrestling tournament as a junior in 2009 and finished runner-up his senior year in 2010 before spending the next five years in Lebanon.

“I chose Cumberland because I liked the people I met on the wrestling team when I first visited. It was an even smaller school back then with less buildings and gravel parking spots, so it was pretty cool to watch it develop into what it became while I was there.” Stewart said.

“I absolutely hated cutting weight. It made me perform worse and made the sport unenjoyable. As a heavyweight, I felt my best and most energetic. The main challenge was that everyone was simply bigger than me. I competed weighing about 230 pounds and would often face much bigger and taller men tipping the scales at 285 pounds.”

“A lot of my training consisted of powerlifting and explosive high intensity workouts. I knew I had to make up for the difference by being exceptionally strong, which fortunately is a trait I've always been blessed with,” Stewart added.

Stewart reminisced on his senior season, “I had a great wrestling season in 2015. The stakes were high because it was my last time I would wrestle in that kind of competitive environment.”

“I liked comparing myself to a cornered animal during the national tournament, because I went in with a ‘fight or die’ kind of mentality and I believe that helped me beat people I technically wasn't supposed to beat. I made it to the finals, which no one thought would happen. My opponent was the better man that match, but it was an experience I will never forget.”

Stewart finished with an overall 69-48 record in his time at Cumberland, but posted a strong 48-14 mark to close out his career. More importantly he had two remarkable seasons while finishing up a nursing degree in 2015. 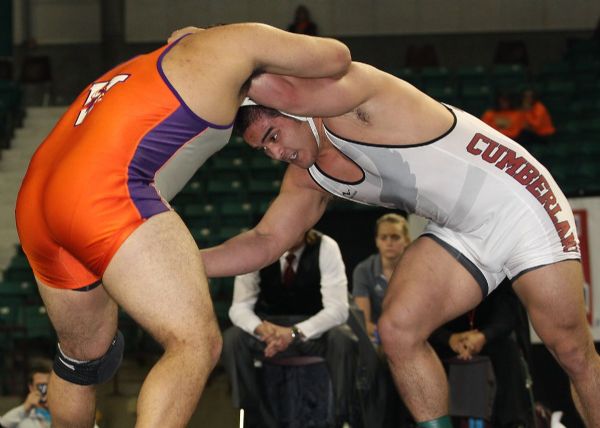 Wrestling and Cumberland University have made him who is today through hardships and life lessons. His attitude, work ethic and faith have guided him to where he is now.

“My time at Cumberland made me resilient. It's said that tough times don't last, but tough people do. I now work daily 12 hour shifts and have seen things I never thought I would see in my nursing career, but I don't plan on stopping until the work here is done.”

He has since moved to Orlando, Florida and normally works on the oncology floor at AdventHealth Winter Park, but just recently decided to head north to battle COVID-19 in New York City. He signed up to work 21 days straight, but recently extended it to eight-weeks of work.

“It was actually my older brother who got to New York first through a travel agency called Krucial Staffing. He's a relatively new nurse and I was worried sick for him. I figured I couldn't leave him alone on the front line, so I jumped on the first opportunity I had to join him.” Stewart said.

“The people of New York deserve the most from us healthcare providers.”

New York has the most positive coronavirus cases in the United States with over 320,000 people coming down with the illness and just north of 20,000 deaths. New York City alone makes up 178,000 of the positive cases in the state.

“The northeast is a hotspot because of how densely populated it is. Places like Times Square are normally filled with people walking shoulder-to-shoulder on the streets. When the coronavirus hit here, it spread like wildfire.”

“I had heard some of the horror stories about what was happening in the New York hospitals due to lack of staffing and the surge of critical COVID-19 patients,” he added.  “I like to think I came mentally prepared for it, but honestly I've never seen so many people die.”

It is not all doom and gloom in New York as he continued to say, “The hospital I'm working at just had their 500th discharge since the outbreak of coronavirus. I've had patients that have beat the virus.”

Stewart is constantly motivated by, “God, my family, and my country above everything else.” Stewart continued to say, “I do plan to join the Navy and possibly go into school again.”

The coronavirus pandemic has changed his life to say the least, but we are very thankful for the fight Stewart and all healthcare workers are putting up on the frontlines.