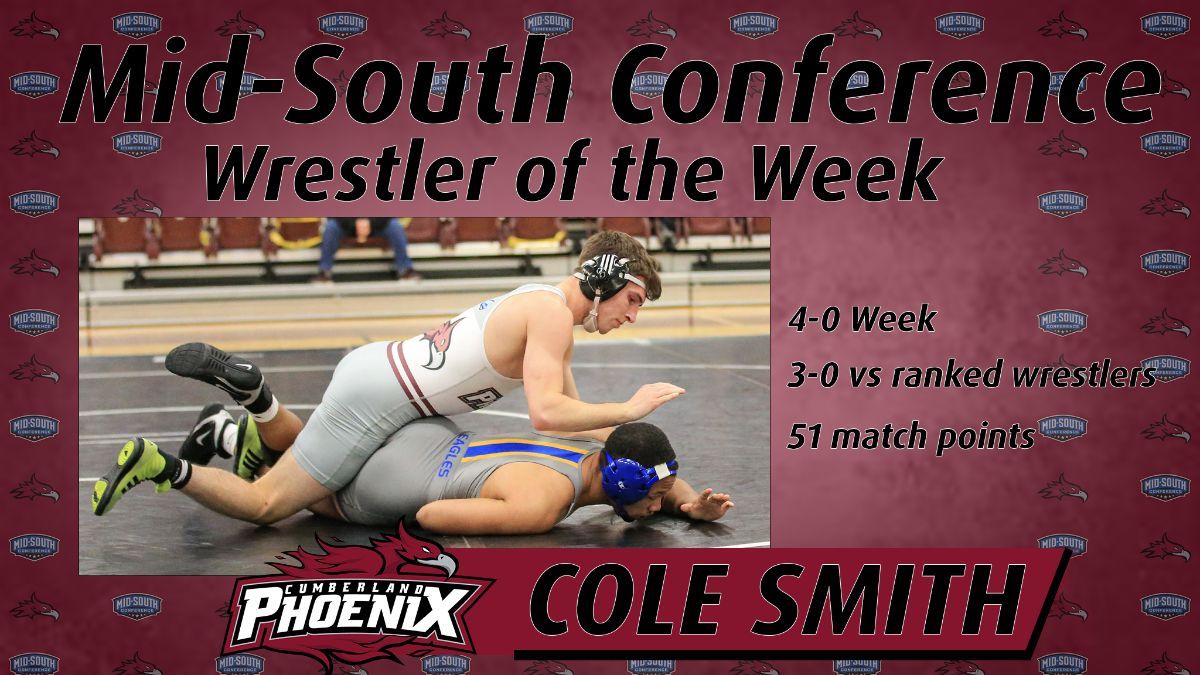 The Channohan, Illi. native, posted a perfect 4-0 record including three ranked wins. He earned a 16-1 tech fall over Missouri Baptist’s No. 20 Trace Timmons. He followed that up with a pin over Grand View's Jacob Shoop in the second period. Smith then picked up a 16-6 major decision over No. 10 Dracius McKee from Texas Wesleyan. His highest ranked victory came over No. 7 William Seibert from Missouri Valley in a tight 10-7 decision.

The sophomore transfer catapulted into the rankings this past week all the way up to No. 6 after an 8-0 start to this season.

He earns weekly honors for the first time this season and in his career. Smith became the 12th Cumberland wrestler to earn player of the week honors since 2010-11.

No. 7 Cumberland is set to take the mats on January 6 versus Southeastern and King University inside the Dallas Floyd Phoenix Arena.