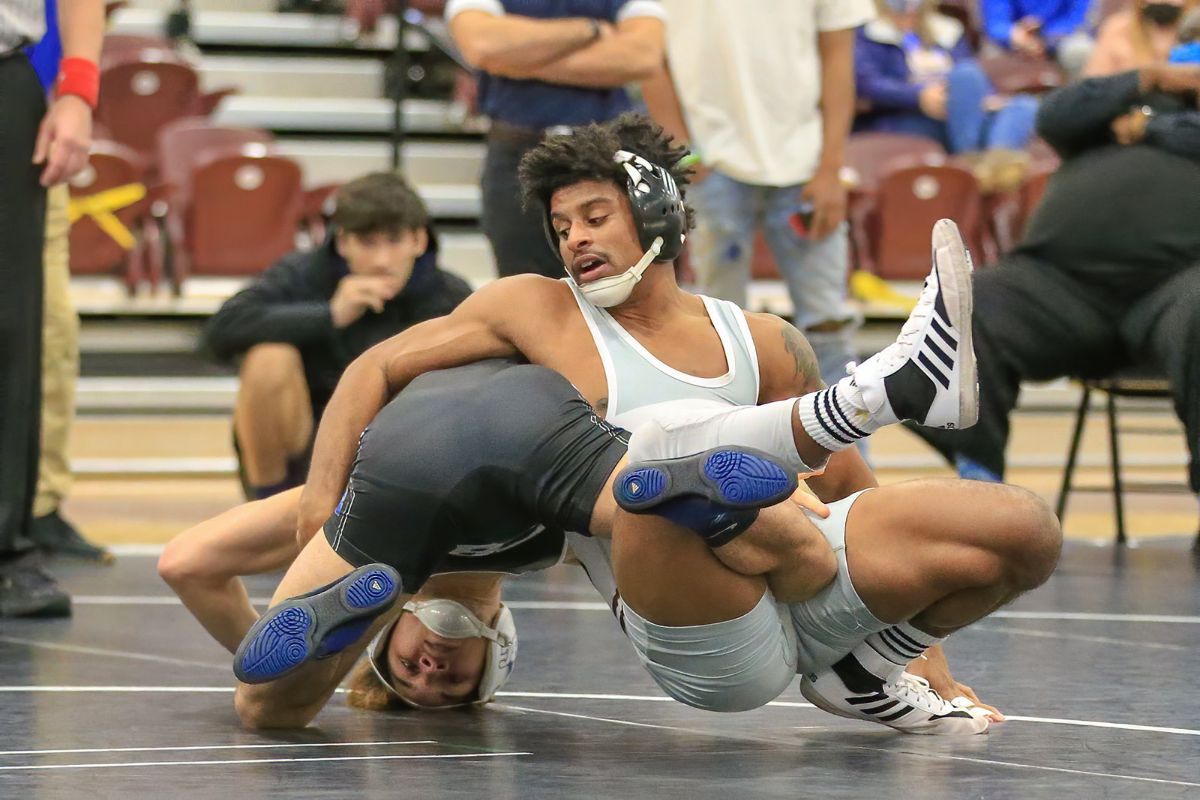 Seventh-ranked nationally at 149, Anthony Maia picked up a decision in the win over No. 7 Southeastern. (Credit: Bob Tamboli)

LEBANON, Tenn.--Carter Cox and Patrick Depiazza each posted decisions in the final two matches, and Cole Smith recorded a major decision to help No. 7 Cumberland to a 19-15 victory over seventh-ranked Southeastern in wrestling action Wednesday afternoon at the Dallas Floyd Phoenix Arena.

No. 16 Keshawn Laws and No. 7 Anthony Maia followed that with decisions of their own to tie the match back at 6-6. Laws bested Max Kauffman 10-4 and Maia won a tough bout 5-3.

the No. 18 149 wrestler Jaquan English wrestled up at 157 and Anitie Akpan for CU, making his season debut today, held his own only falling 6-0. Sixth-ranked 165, Smith had the largest margin of victory for the Phoenix winning by a major decision over #18 Kyle Kirkham this gave Cumberland a 10-9 advantage with five matches left.

Matthew Sells battled with fourth-ranked Coleman Bryan and competed until the very end, but dropped a 6-3 decision. One of the biggest victories of the afternoon came from No. 9 John Olivieri. Olivieri and Kohl Drake were in a battle that couldn't be decided in just three periods. In the opening seconds of sudden death, Olivieri was able to takedown Drake to capture the win and spark the Phoenix.

No. 13 River Henry and Trillyon Fils-Aime was also deadlocked heading into sudden death, but the overtime period wasn't long enough for that either. Fils-Aime was able to get an escape in the tiebreaker to put Southeastern up 15-13 with two remaining matches.

No. 3 Patrick Depiazza and No. 10 Carter Cox were able to seal the victory by picking up decisions and lead No. 7 Cumberland over No. 7 Southeastern.

Cumberland next competes in the Central Baptist Invitational in Conway, Arkansas on Saturday, January 9.