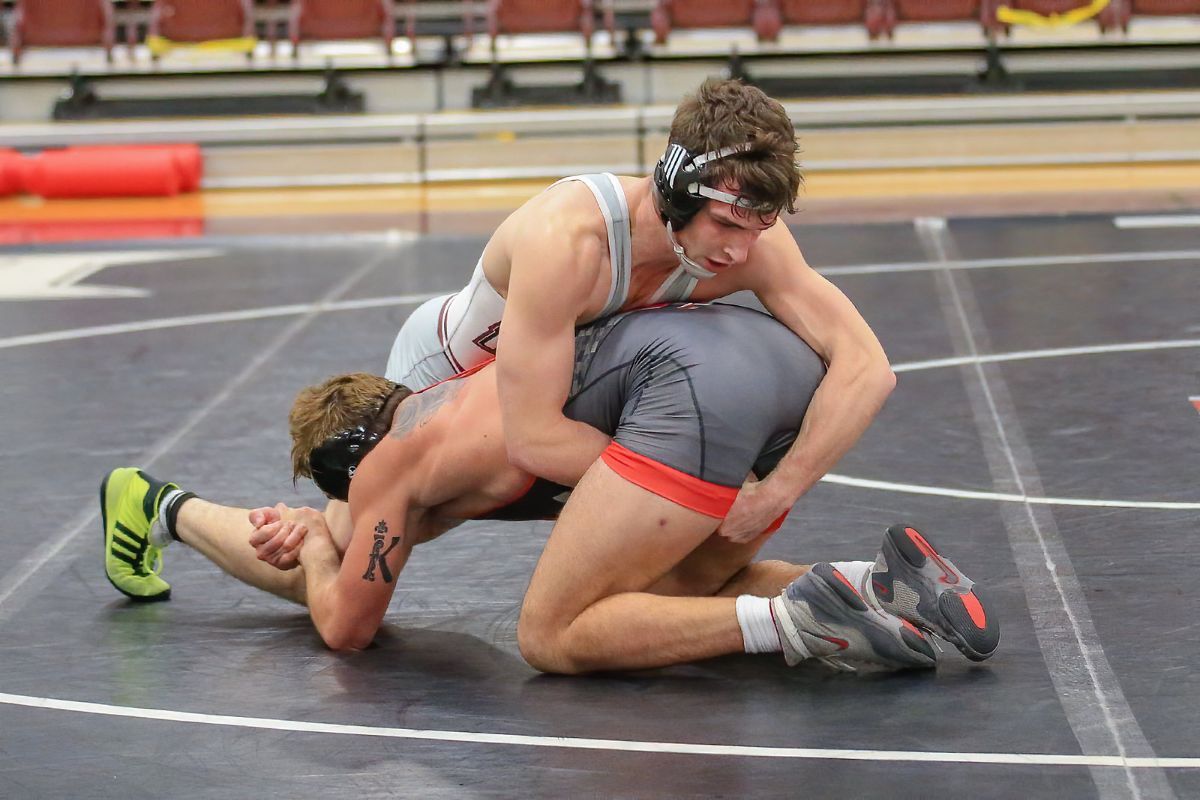 No. 5 Cole Smith picked up a major decision over No. 15 Jacob McNutt of the Cumberlands. (Credit: Bob Tamboli)

LEBANON, Tenn.--No. 13  University of the Cumberlands wrestling upset the sixth-ranked Phoenix 25-14 in wrestling action in Williamsburg, Ky. the Phoenix now fall to 8-4 on the year and 2-4 against ranked opponents.

The match started at the 125 weight class with No. 8 Carter Cox starting Cumberland off right with a 12-4 major decision over Cumberlands' Greg Hudson. Austin Plumlee saw his first action of the season following suit with a decision for the Phoenix to go up 6-0.

The first marquee match of the day came between No. 17 Keshawn Laws and No. 15 Bryce Nickel. Nickel got the best of Laws just narrowly with a 3-2 decision and put the Patriots on the board, 6-3.

No. 3 Anthony Maia took care of business over Victor Zamora with a 12-8 decision, but No. 17 Weston Miles was able to pin Tyler Moore to tie the match.

No. 5 Cole Smith handled No. 15 Jacob McNutt easily with the major decision 10-1, but No. 12 Jared Swank answered Smith's major decision with a  major for the Patriots over Austin Antcliffe tying the match back up at 13-13.

Gabe Jacobs gets a huge upset over No. 9, John Olivieri, with a 14-2 major decision, but more importantly, it gave the Patriots their first lead of the match, 17-13. Harold Gilmore solidified the victory with a tech fall over Elliot Grinder 16-0 in the third period.

No. 4 Aaron Jonson capped the day for the Patriots with a 5-3 decision over No. 3 Patrick Depiazza.

The Phoenix will return to action next Friday against No. 2 Life University and Allen University.