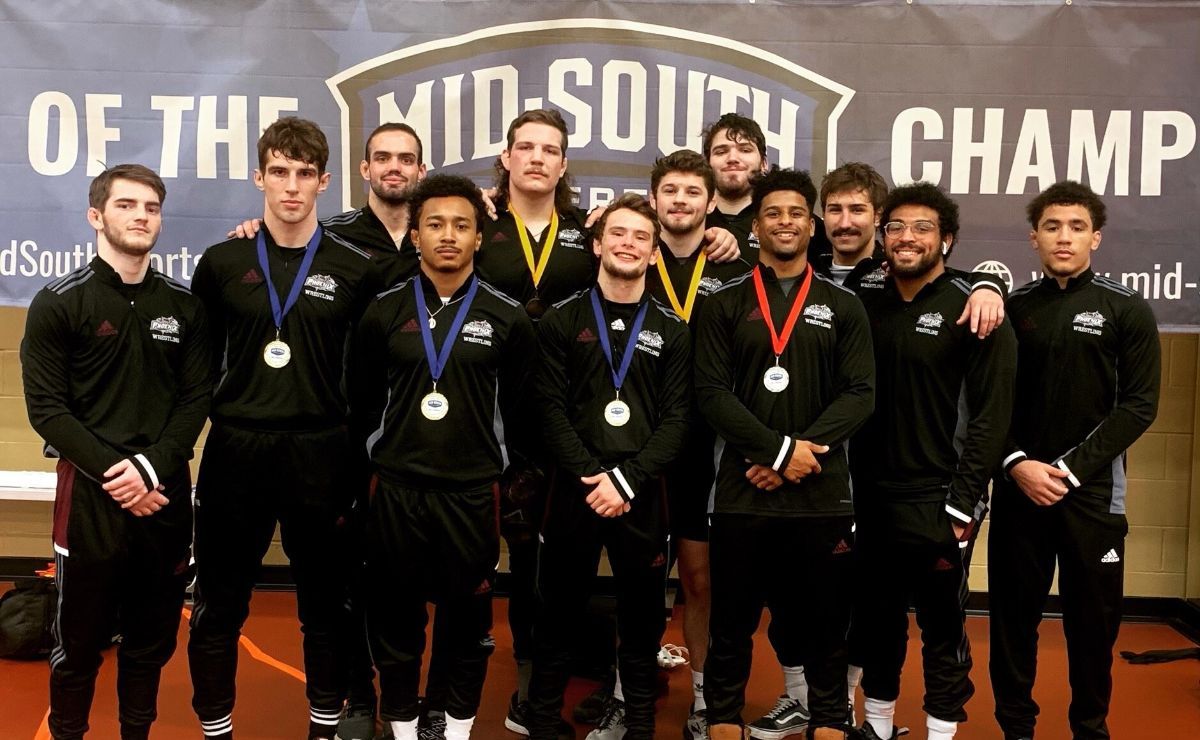 Carter Cox is advancing to Nationals after defeating Gage Hudson of the Cumberlands to take first place in the 125 weight class for the Mid-South. The senior had a strong season for Cumberland compiling an 11-2 record.

Advancing to the National Tournament in the 133 class for the Phoenix is Esco Walker. The redshirt sophomore finished the season with a 6-1 record after defeating Sam Bacon of Lindsey Wilson to capture first place in the Mid-South.

Senior wrestler Keshawn Laws is moving onto the National Tournament after defeating Chasen Crown of the Cumberlands to place third in the 141 class at the conference tournament. Laws compiled a 13-5 record this season for the Phoenix. Laws has made it to the tournament before but has not yet achieved All-American honors. He aims to change that this season.

Fellow senior Anthony Maia is heading to Nationals with a record of 12-2 on the season in the 149 class. Maia finished second in the Mid-South Conference after falling to Trent Johnson of Lindsey Wilson. Maia went to the NAIA National Championship in 2018-19 and was an All-American.

Cole Smith is advancing to Nationals in the 165 weight class. Smith has had a stellar season to this point for the Phoenix compiling a 17-0 record after defeating Joe Koontz of Lindsey Wilson to win the Mid-South title in his weight class.

In the 174 weight class, Matthew Sells compiled an 11-8 record on the season. The senior is moving onto nationals after winning third place in the Mid-South defeating Sterling Griffin of Midway University. Sells will be appearing in his first national championship this season.

John Olivieri is heading to Kansas to compete in Nationals after collecting an 8-6 record on the season. The senior took fifth place in the Mid-South tournament in the 184 weight class. Olivieri has made it to nationals twice before this season.

In the 285 class, Patrick Depiazza is advancing to the National Tournament after compiling a 13-3 record. Depiazza took third place in the Mid-South Conference tournament on Saturday with a win over Midway University's Byron Pierce. Depiazza is another guy that has been to the tournament, taking All-American honors last season.

This is the second-most athletes the wrestling program has ever sent to the National Tournament.