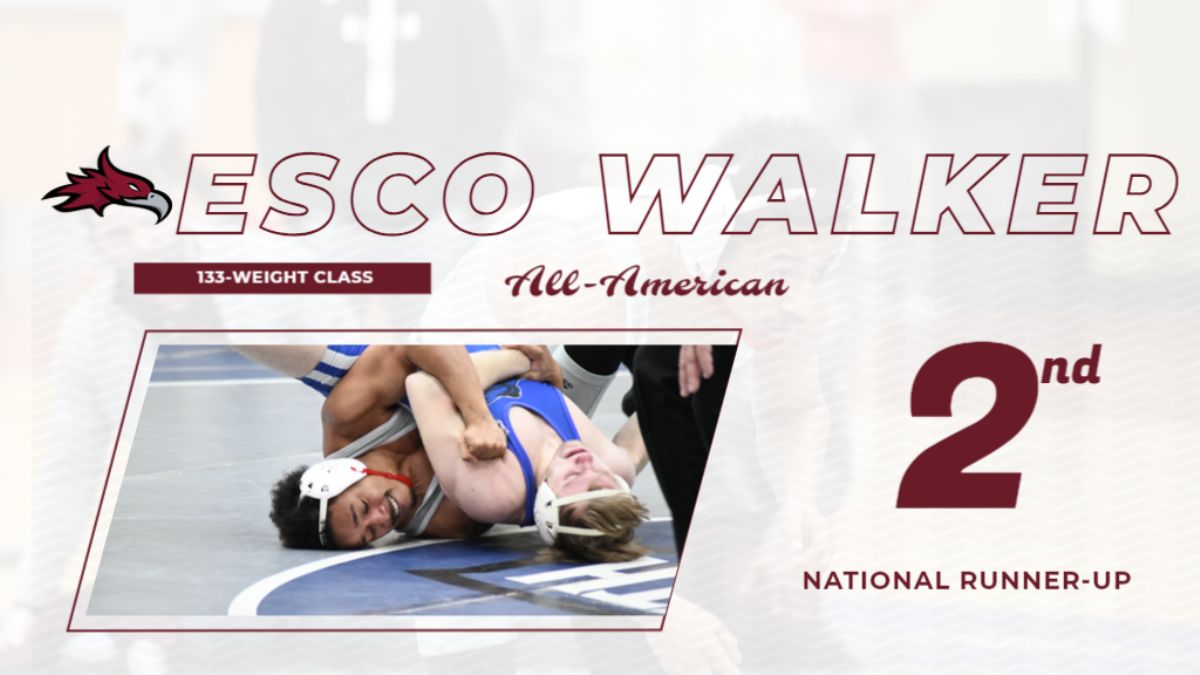 Walker ran the table throughout the national tournament to make it to the National Championship on ESPN 3. Walker had gone through three of the best wrestlers in the country to get to the bout. He defeated No. 12 Eli Watson from Providence, No. 4 Nick Kunz from Montana State-Northern, No. 1 Matt Gimson from Indiana Tech before the national championship.

Walker had to take on No. 1 Matt Gimson's identical twin in the title bout falling to a 3-2 decision. The first period ended in a 0-0 period. In the second period, Walker took a 1-0 lead after an escape, but Gimson got the escape and a takedown in the third period to take a 3-1 advantage.

With less than 20 seconds left, Walker used an escape to get one-point back, but could not get the takedown to take the title.

Walker, a two-time JuCo All-American, transferred into Cumberland in January from North Idaho and took part in just the Mid-South Conference Tournament, winning the 133-weight class, and the national tournament.