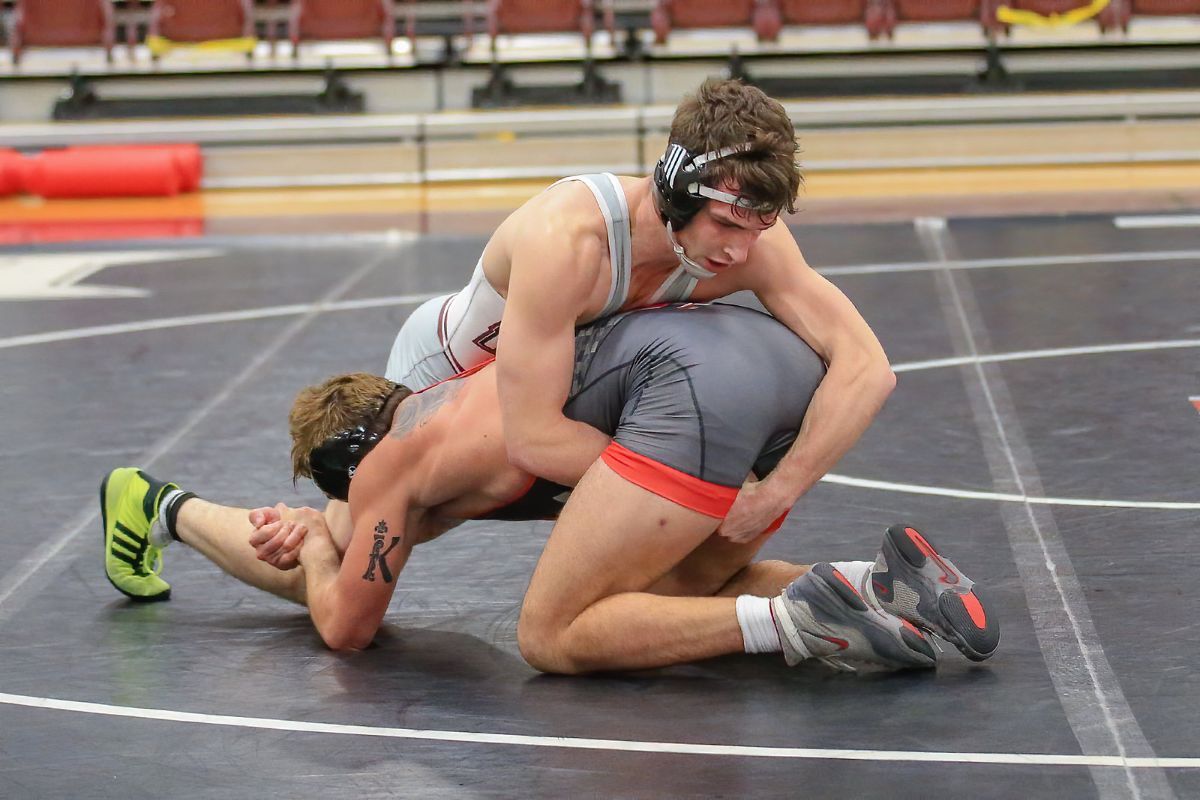 Cole Smith posts the first points of the season for Cumberland in a dual match against Chattanooga. (Credit: Bob Tamboli)

The dual match began at the 165-weight class and the No. 2 ranked 165 in the NAIA Cole Smith scored the first points of the season with a decision over Caleb Waddell. The match came down to a point that Smith received from riding time to get the 5-4 win.

At 174, Carial Tarter defeated Matthew Sells 6-2 to tie the match at 3-3 and Thomas Sell pinned Austin Antcliffe in the second period to give the Mocs a 9-3 lead.

River Henry earned a hard-fought 7-2 win over Landon Lewis at 197 and the No. 3 NAIA heavyweight Patrick Depiazza held on for 4-3 decision to tie the match at 9-9.

Cox won by forfeit to give Cumberland six points, but Brayden Palmer won by a decison over Keshawn Laws.

In the final match, Grant Lundy posted a 7-3 decision over Anthony Maia for Chattanooga to win 25-15.

Cumberland will continue with the start of their season tomorrow in their first open of the season in Williamsburg, Ky. at the Patriot Open.