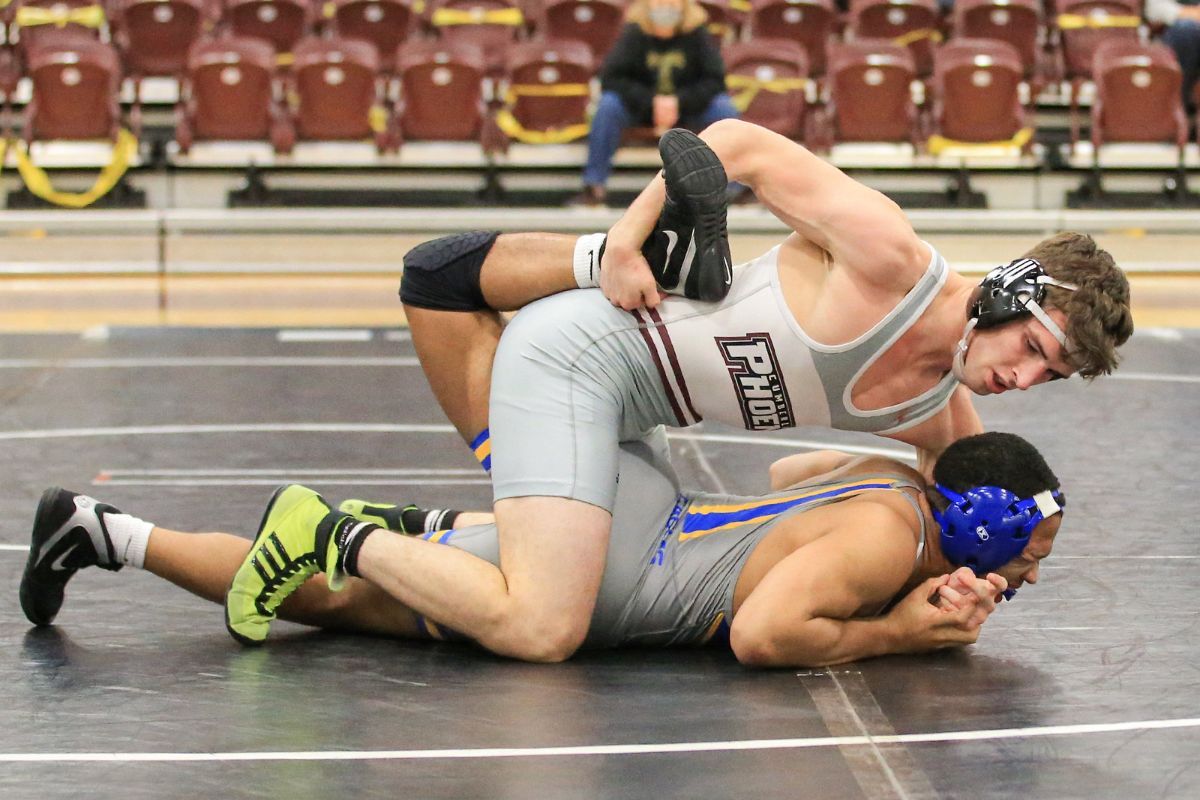 FRANKLIN SPRINGS, Ga.--Sophomore Cole Smith ran the table at the 165-weight class to win the Georgia Open and Patrick Depiazza and Justin Oldknow finished in second on Sunday afternoon.

Smith won four matches to capture the title. He opened the day by pinning Hayden McClanness from the University of Florida after that won by a tech fall 17-0 over Vincent Page from the UNC Pembroke. After that, Thierry Jean-Baptist also won the first two matches and met Smith in the semifinals, but forfeited allowing Smith to go to the finals. Smith closed it out with a 3-0 decision over Rasheen Vereen from UNC Pembroke.

Depiazza received a bye in the first round and posted the fastest pin of the tournament in the second round defeating Nathaniel Harrington in 14 seconds. He followed that with a pin over Chris Alvizures in the first period to move to the semis. Depiazza posted a 5-1 decision over Spencer Dacus from Life to move to the finals. Zach Schaffer beat Depiazza with a 5-3 decision to give the senior second place.

Oldknow also received a bye in the first round and picked up a pinfall victory over Andrew Hernandez from Emmanuel College in the third period. In the quarterfinals, he beat Nate Buckovich from Lander with a 9-3 decision and defeated Caleb Grau from UNC Pembroke with an 8-3 decision to move to the finals. Gannon Janssen posted a major decision over Oldknow in the finals.

Jean-Baptiste wrestled unattached and finished in third in the 165- weight class posting a 10-4 decision over Sean Getty from Presbyterian.

Michael Long took fourth place at the 157-weight class. Long picked up a sudden victory in the first round over Tyler Helfrich-Meyers from Life. He followed that with a major decision over Brandon Irigoyen from Life to advance to the quarterfinals. Long moved to the semis with a 4-3 decision over Loye Burkhead from UNC Pembroke. In the semis, he lost a 7-6 decision to be sent to the drawbacks. He then turned around and won by a medical forfeit in the consolation semis before losing the third-place match by a medical forfeit.

The Phoenix had three competitors in the 125-weight class. Alex Fields made it the furthest going to the consolation semifinals finishing with a 3-2 record. Toribio Mendez won his first match by tech fall but was sent to the consolations after that dropping the next two matches. Day Day Htoo went 0-2 on the day.

Cage Leddon was the only Phoenix in the 141-weight class. Leddon lost his first match going to the consolation bracket and picked up a win by decision to advance to the third round, but lost by decision to Ezekial Marquez by a decision.

Eli Clemmons and Joseph Frye competed at the 149-weight class. Clemmons had a good day starting with an 8-7 decision over Nick Vugman from Florida. He then won by pinfall over Tyquavius Wymbs from St. Andrews to move to the quarterfinals. He then shut out Gianni Guerriero from St. Thomas to move to the semis but lost a close decision to Kaleb Clark 2-0 from Midway before being pinned in the consolation semifinals. Frye went 0-2 on the day.

Terrance Clayton went 3-2 in the 174-weight class. He started with a bye in the first round and picked up a pin over Agustin Ameigeriras from the University of Central Florida in the second period. He was pinned in the quarters to move to the consolation bracket. He won by a tech fall in the consolations over Andrew Hernandez from Emmanuel College and Stephan Baynard from Montreat College with a decision but lost in the consolation semis to Caleb Grau from UNC Pembroke.

The Phoenix as a whole notched 40 wins and 28 losses in the tournament with seven pins and four tech falls.

Cumberland will head to Missouri next Saturday to compete in the Lindenwood Open.