No. 7 Southeastern tops No. 9 Cumberland at NWCA Duals 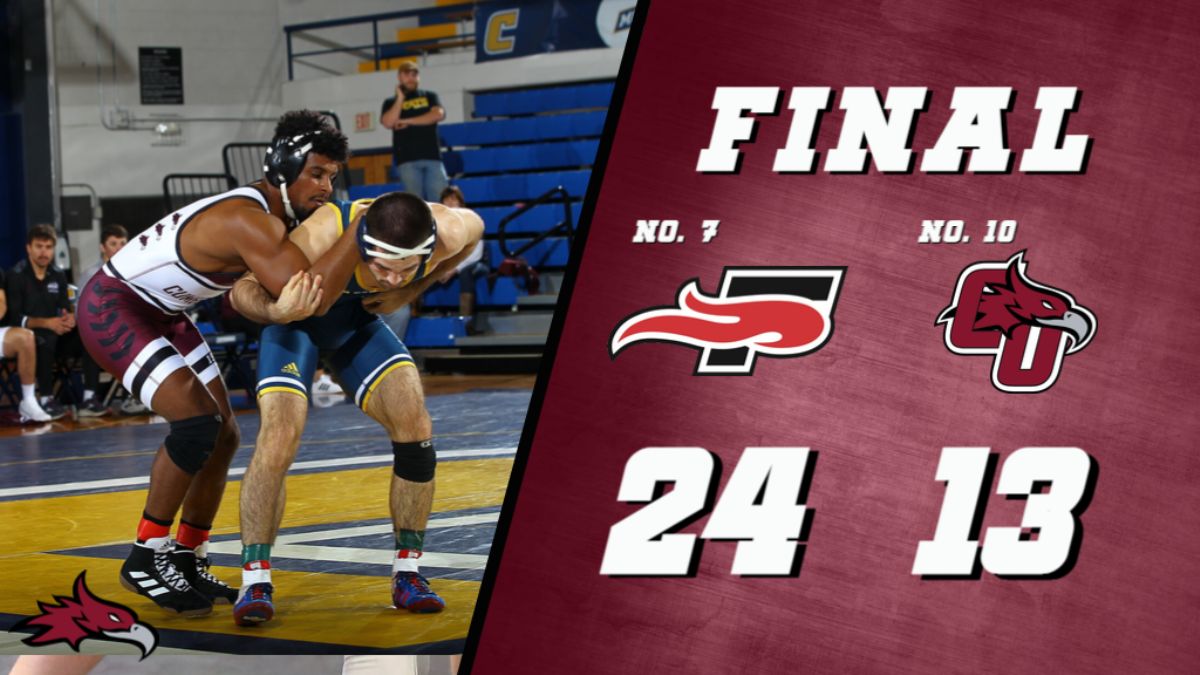 LOUISVILLE,Ky.-- No. 7 Southeastern took an early lead and never looked back with 24-13 win against No. 9 Cumberland ending the CU's time at the NWCA National Duals.

The Phoenix were unable to keep the momentum after Laws's victory as Blaine Fussell fell to Kael Brisker 22-4 by way of technical fall in the 141 class. The Fire claimed an 11-3 match lead over the Phoenix with a 9-5 decision victory by Maxwell Kauffman over Eli Clemmons.

Matthew Sells fell to Stephen Kelle with an 11-1 major decision loss while Austin Antcliffe was pinned by Blake Rypel in the 184 class. River Henry lost his match to Trillyon Fils-Aime by a 2-1 decision, followed by Patrick Depiazza's 7-6 decision win over Gage Braun in the 285 weight class.

Cumberland takes on the RV Hastings and No. 7 Southeastern again at the Fire Duals on Sunday Jan. 15 from Lakeland, Fla.