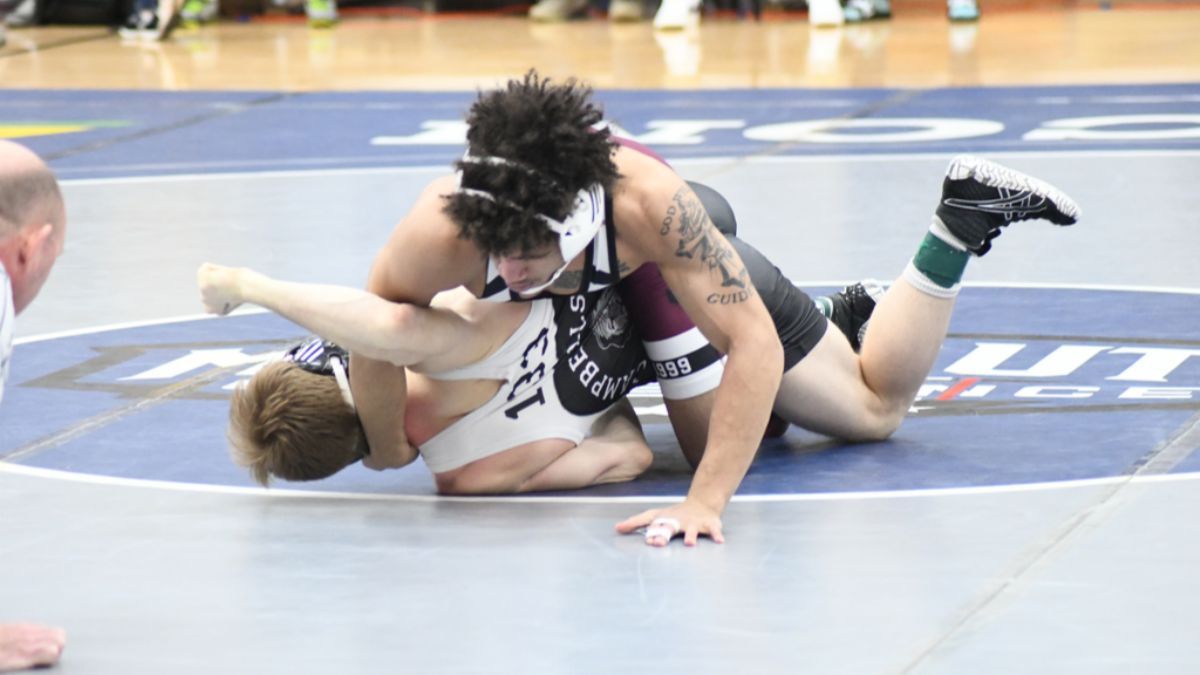 Cole Smith has been dominant from the start of the season running his win streak to 25 straight matches this season en route to the 165 Championship. Smith was named the Deno White Wrestler of the Year for the Mid-South Conference presented to the best wrestler in the MSC. Smith went 4-0 defeating No. 17 Chandler Woenker with a 6-5 decision in the semifinals and No. 8 Gavin Smith with an 8-0 major decision in the championship. 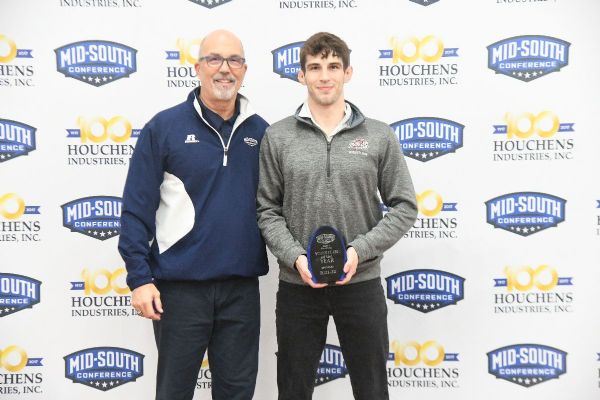 Carter Cox picked up the 125-weight class championship pinning Andrew Vogeler from Midway in the quarterfinals. He then beat Conner Diamond with a 6-0 decision in the semis and upset No. 8 Austin Franco from the Cumberlands 3-2 to win the title.

Smith and Cox have now won their weight class at the Mid-South Conference Championships in back-to-back seasons.

Keshawn Laws claimed his first Mid-South Conference title running the table at the 133-weight class. Laws posted a major decision in the quarter over Lindsey Wilson's Nate Becker. He moved to the finals with a major decision over Campbellsville's Cameron Henderson and held on in the championship with a 4-2 decision over Gage Hudson from the Cumberlands. The win gives him an automatic berth to nationals.

Anthony Maia took second place at the 157-weight class. He won his first round match with a pin fall in the third period advancing t o the quarters. He then pinned Daylon Stafford from Midway to move on. His biggest win came in the semifinals when he upset No. 3 Derrick Smallwood from Lindsey Wilson with a 7-6 decision. In the finals, Maia lost to No. 2 Wilder Wichman from Thomas More 9-5, but received an automatic berth to nationals.

Patrick Depiazza finished in third place in the 285 weight class. Depiazza started the day against Carlos Figueroa by pinfall in the quarterfinals sending him to the consolation bracket. He then was matched up against teammate Grant Clarkson who he pinned in 6:59 to advance to the third-place match. Depiazza won the third-place match over No. 18 Gabriel Craig of the Cumberlands by pinfall.

Austin Antcliffe finished third in the 184 weight class. Antcliffe started with a win over Rio Grandes Owenn Meyer by technical fall 18-3 in the Quarterfinals before falling to 16th ranked Harold Gilmore of the Cumberlands by Major Decision 9-1. He defeated David Gilbert of Thomas More in the third-place match and won by way of technical fall 19-2.

River Henry took fifth place in the 185 class after a solid day of wrestling. Henry started with a decision win over Nick Bussel of Lindsey Wilson by decision 5-3 before falling to Curtis Thomas of the Cumberlands by pinfall. He defeated Isaiah McDougal of Midway decision 1-0 to take fifth place in the tournament.

Grant Clarkson took fifth place in the 285 class after falling to 18th ranked Gabriel Craig of the Cumberlands by decision 12-11. Clarkson went on to defeat Chris Alvizures of Midway by pinfall before dropping his match against teammate Patrick Depiazza by pinfall. He then defeated Byron Pierce of Midway by decision 4-0 in the fifth-place match.

Matthew Sells finished in fifth in the 174-weight class. Sells had a tough draw with top-ranked Joe Koontz in the first match losing via pinfall. Sells then lost to Brice Parks from Campbellsville 6-3 sending him to the fifth place match where he bested Kiah Smith from Rio Grande with an 8-2 decision.

Eli Clemmons finished in sixth at 149. Clemmons lost his first match sending him to the other side of the bracket. Clemmons posted a 16-5 major over Cody Roland from Thomas More before losing 12-1 to Mitchell Freeman from Rio Grande. He lost the fifth place match to Kaleb Clark from Midway 7-3.

Joseph Frye finished sixth at 157. He lost his frist match, but battled his way through the bracket with two pins in the consalation side. Frye eventually was pinned by Brent Hudgins from Midway and lost via a major decision to Turner Black from Campbellsville in the fifth-place match.

Ryan Long dropped his first match at 165. He rallied back winning his next two matches before falling to Westin Milnes. Long was pinned in the fifth place match to take sixth in the weight class.

The NAIA National Championships will take place in Wichita, Kansas on March 4-5.