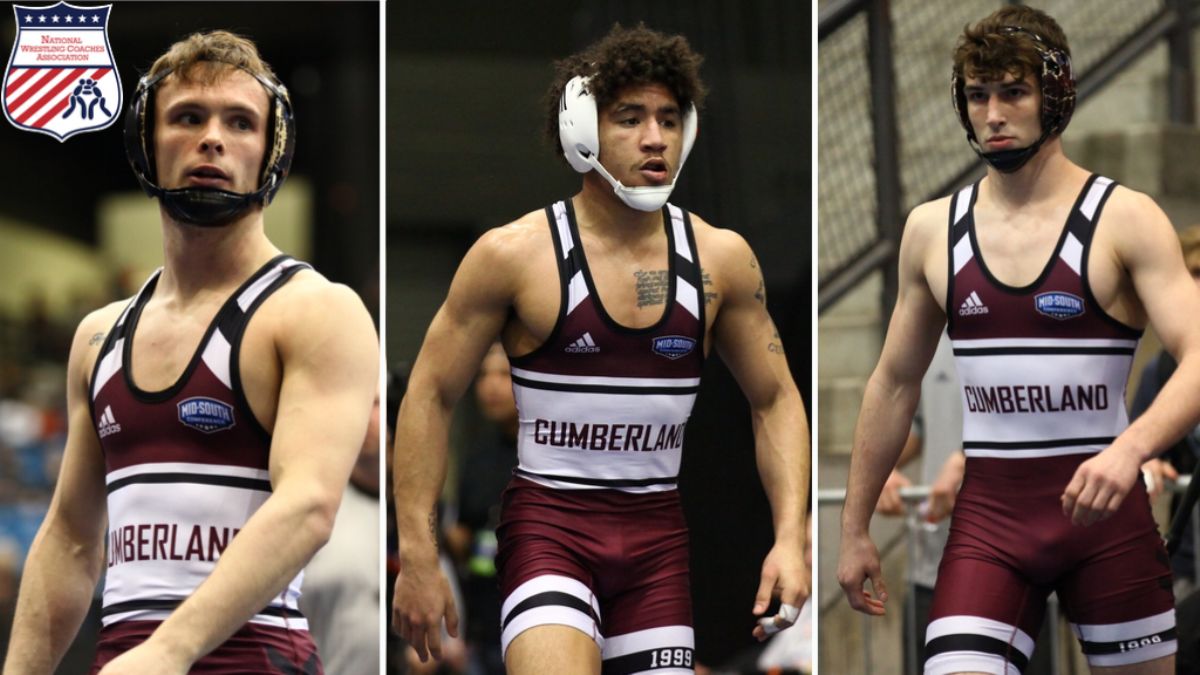 On Monday, the NWCA announced the full slate of 2021-2022 Scholar All-America Team and Individual honorees for the NAIA Men's division with awards going to 99 individuals representing 35 institutions. Grand View earned the highest team GPA in the NAIA with a 3.665 to lead the top 15 Scholar Team All-America.

Senior Carter Cox earned a spot on the Men’s Individual Scholar All-American list after a season where he went 21-11 in the 125 weight class. The Atlantic, Iowa, native finished in eighth place in his bracket at the NAIA National Championships to earn NAIA All-American honors for the third time in his career. Cox will graduate from Cumberland with a degree in Kinesiology this spring.

Fellow Senior Keshawn Laws also earned a spot on the Scholar All-American list after posting a 21-7 overall record in the 133 weight class. The Queens, N.Y., native finished in eighth place at the NAIA National Championships, earning NAIA All-American honors for the first time in his career. Laws will graduate with a degree in Accounting this May.

The accolades keep piling up for sophomore Cole Smith as he earns a spot on the Scholar All-American list after a season where he won the NAIA Individual National title in the 165 weight class. The Channohan, Illi., native finished the year with an undefeated 30-0 record and back-to-back years of being named an NAIA All-American. Smith is currently studying Psychology at Cumberland.