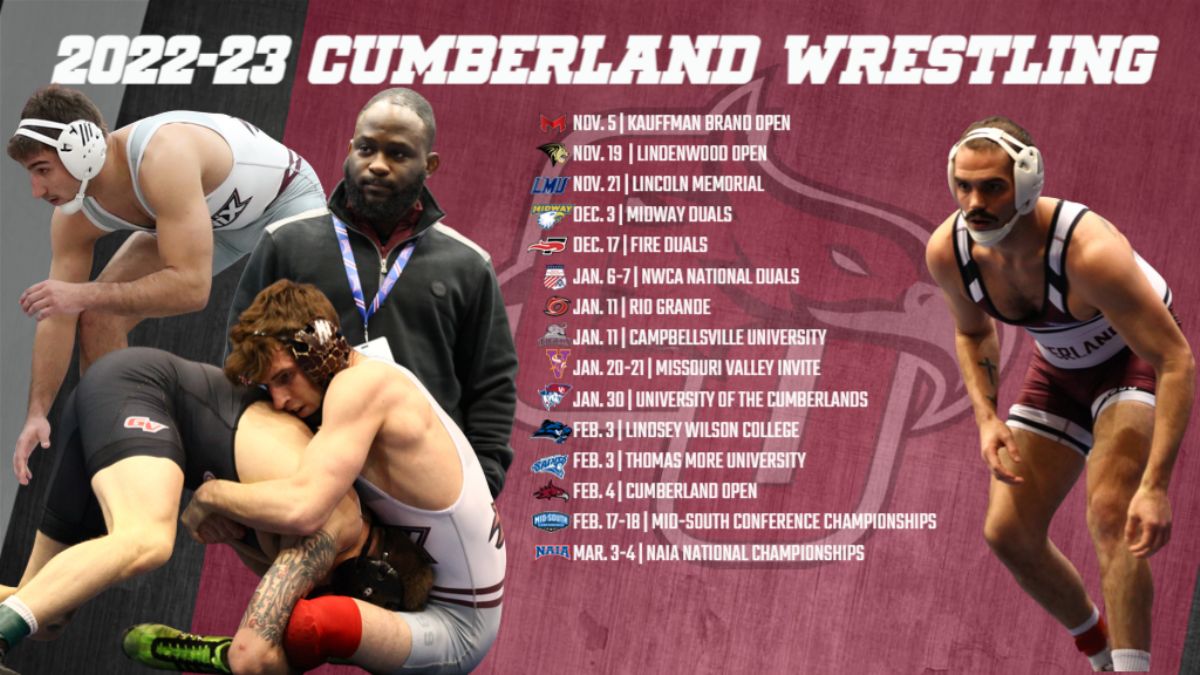 The Phoenix will hit the road to open the season on November 5 at the Kauffman Brand Open in St. Louis, Missouri. The tournament is hosted by NCAA Division III Maryville College. Cumberland will head back to Missouri, this time in the St. Charles area, on November 19 for the Lindenwood Open, hosted by Divison I Lindenwood University.

Cumberland will host NCAA Division II Lincoln Memorial University for their home opener on November 21. The Phoenix will go on a stretch of road appearances before their next match at home in January.

CU will head to Midway, Kentucky for the Midway Duals on December 3. Two weeks later, the Phoenix will close out the year on December 17 in Lakeland, Florida for the Fire Duals, hosted by Southeastern University.

Cumberland will open up the 2023 year at the NWCA National Duals in Louisville, Kentucky. The tournament will take place over two days, January 6-7 and the Phoenix will take on some of the best competition in the NAIA. The Phoenix will return home on January 11 for two competitions in the Dallas Floyd Phoenix Arena. They will take on Rio Grande and Campbellsville University for their first conference matches of the season.

Cumberland will be hosted by the University of the Cumberlands for their third conference match-up on January 30 in Williamsburg, Kentucky.

To wrap up the last month of regular-season play, the Phoenix will host conference opponents Lindsey Wilson College and Thomas More University on February 3. The Cumberland Open will take place the following day, February 4.