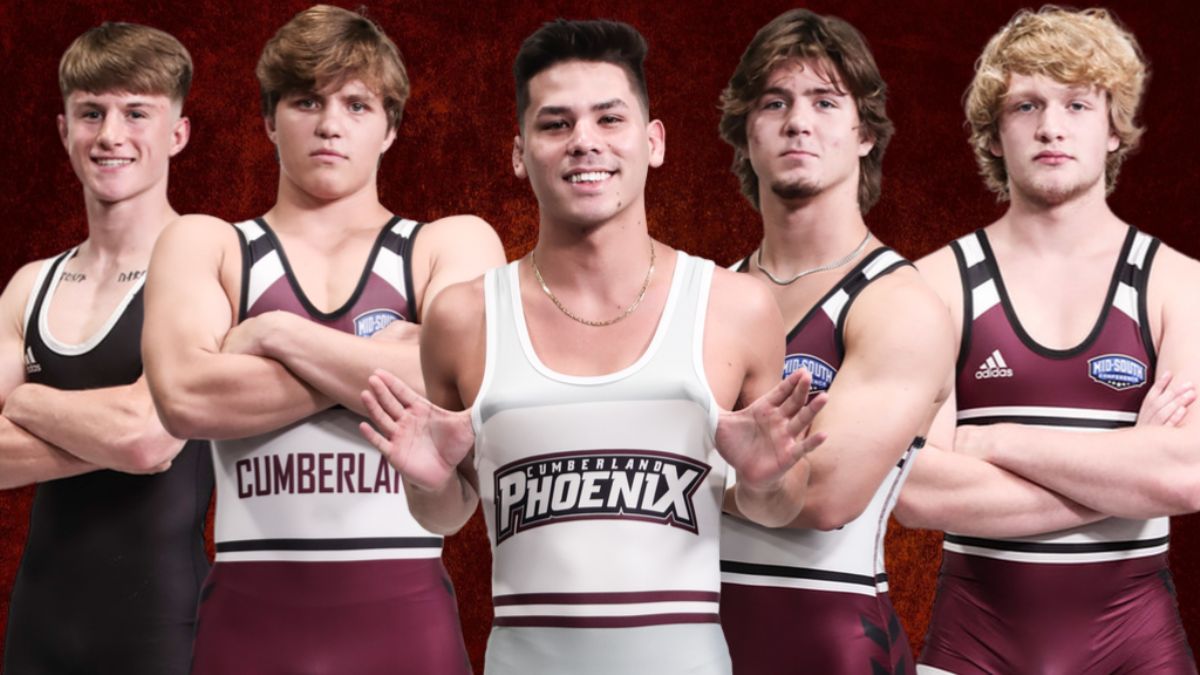 ST. LOUIS, Mo.--Five Phoenix placed inside the Top 5 at the season opener at the Kaufman Brand Open hosted by Maryville in St. Louis.

Dinh had a strong run at the 141 class to start his collegiate career. He started with a 1-4 major decision over Bradley Coleman from Missouri Valley. In the quarterfinals, he won by decision over Carter Silva from Quincy 7-3 and posted a major decision over Rasheek Bonds from McKendree 20-7. He lost the championship in tiebreaker rounds to Eric Almarinez from SIRTC 3-2.

Shires had a fourth place finish in his debut. He started his career with a pinfall before losing a tight decision to Kody Ketchum in the quarterfinals. Shires battle through the consultation bracket with a tech fall over Missouri Valley’s Bradley Coleman and pinned Bonds from Missouri Valley to get to the third place match. He dropped a decision to Gavin Garcia to finish fourth.

Horvath took fourth place at the 174 weight class. He started with a win via a decision over Brandon Lloyd from McKendree before losing via a major decision in the quarters. He battled through the consolations with a major decision over Will Childress and pinned Thomas Gearllach from Missouri Valley to advance to the consolation semis. He had to take on his teammate Pyron and won in a sudden victory before losing the third place match 9-7 to Brandom Lloyd from McKendree in a rematch from the first round.

Stutzman rallied after losing via a pinfall in his first match to get to the third place match and take fourth. He picked up three straight pins over Paul Garcia from Missouri Valley, Kam Ron Shannon-Likely from Kentucky Wesleyan, and Jake Flowers from Fontbonne. He lost via a tech fall in the third place match to finish in fourth.

Pyron finished in fifth place at the 174 weight class. He started with awin in the quarterfinals via tech fall over Mason Davis from the Ozarks. He lost a tight decision in the championship semis before being defeated by Horvath in a sudden victory loss. He pinned Skyler Caldwell from the Ozarks to take fifth.

Austin Antcliffe competed in the elite division, the only Phoenix to compete in the upperclassman division. He went 2-2 on the day with a decision and tech fall.

Bobby Estrada went 0-2 at the 133 weight class. Cage Leddon and Blake Watts went 2-2 in the 149 weight class bracket. Ethan Gomez lost his first match before winning the next two and falling in the fourth round of consolations and Dayton Ortiz had an 0-2 outing at 165.

Cumberland will be in action on November 19th at the Lindenwood Open in St. Charles, Missouri.