Cumberland Wrestling jumps to No. 19 in NAIA Top 20 Poll 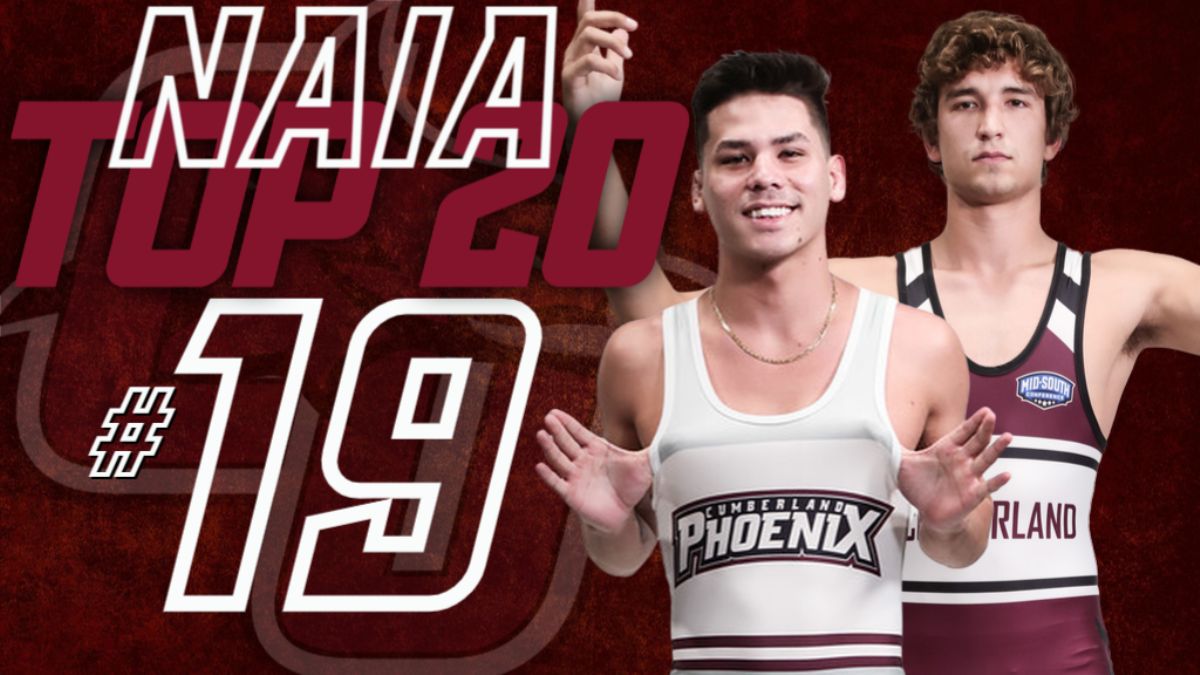 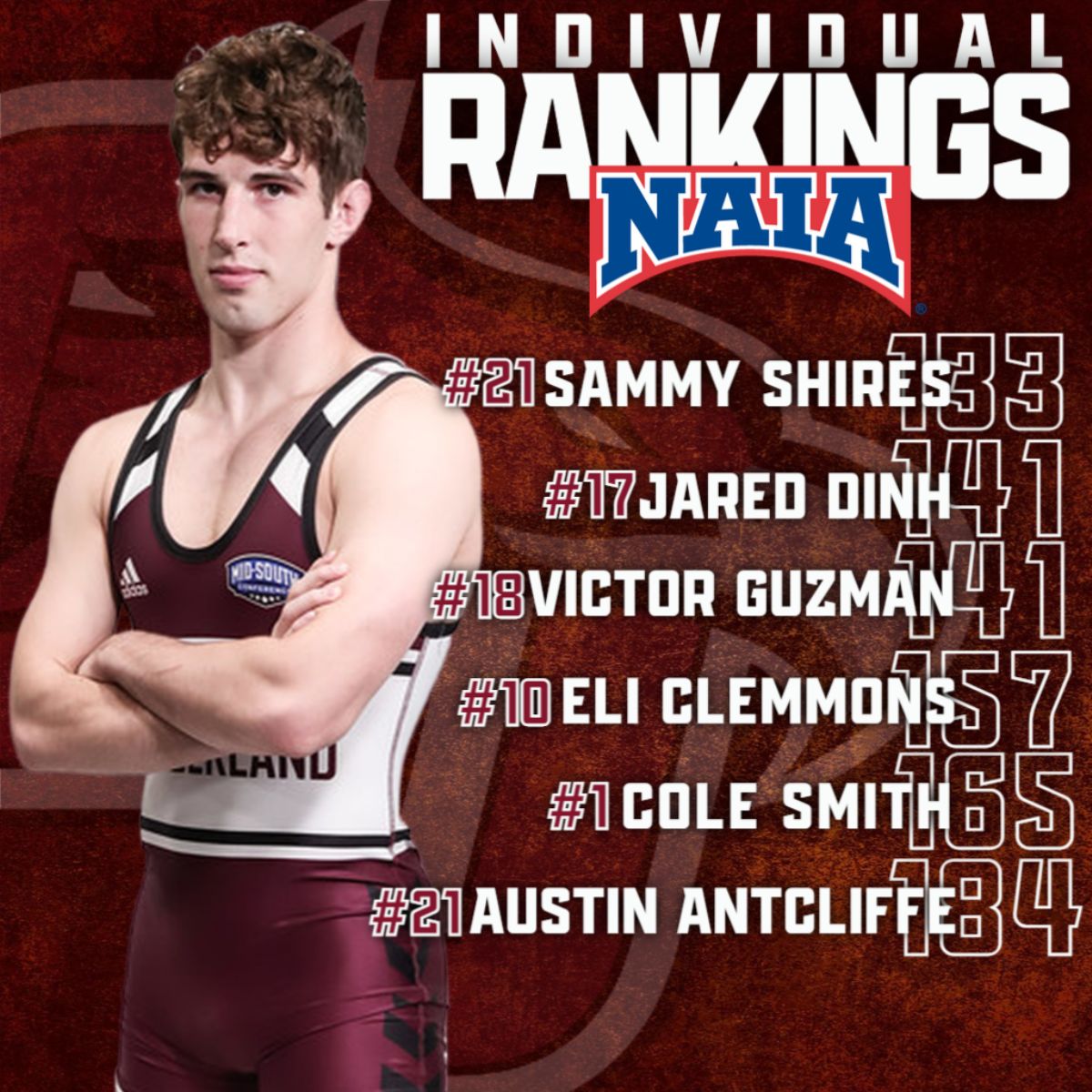 LEBANON, Tenn. –Cumberland wrestling was one of the biggest movers in the third NAIA Top 20 Coaches' Poll jumping into the rankings at No. 19, announced by the national office on Wednesday.

The Phoenix have had strong showings their last several times, starting the season 4-0 in dual matches and having several individuals place in open events. Cumberland has picked up dominant wins over NCAA Division II Lincoln Memorial, a win over Midway who is receiving votes in the Top 20, and two huge wins over Pikeville and West Virginia Tech.

Six individuals are in the rankings for Cumberland, the most this season by the Phoenix, highlighted by the return of the defending 165-pound national champion as the top-ranked wrestler.

Smith enters the polls for the first time this season reclaiming the top spot over Marty Margolis from Grand View, who Smith beat in the National Championship last season. Smith is 3-0 on the season wrestling unattached at the Pepsi Patriot Open.

Jared Dinh enters the rankings for the first time at 141. He falls in at No. 17 in the weight class. Dinh has started the season with an 11-3 record. He finished in second-place at the Maryville Kaufman Brand Open and took fifth-place at the Life Open. He is 3-0 in Cumberland's dual matches.

Slotted just behind Dinh at 141 is Victor Guzman at No. 18 in the 141-weight class. Guzman is 9-2 this season with his losses coming to Dinh at the Life Open and No. 11 Patrick Gould from Keiser.

Sammy Shires has entered the polls for the first time in his career at No. 21 in the 133-weight class. Shires have started his freshman campaign with an 11-5 record. He is 3-0 in Cumberland duals and took fourth place at the Maryville Kaufman Brand Open.

Austin Antcliffe re-enters the rankings at No. 21 in the 184-weight class. Antcliffe is 7-4 this season and is 1-0 in Cumberland duals.

Campbellsville is the highest-ranked Mid-South Conference team in the polls this week at No. 11. The University of the Cumberlands fell two spots behind the Tigers at No. 12. Lindsey Wilson moved up four spots to No. 14 followed by the Phoenix at No. 19. Thomas More, Midway, and Rio Grande are each in the receiving votes category of the polls.

There is only one change in the Top 5 this week as Grand View (Iowa) remains the No. 1 ranked team in the NAIA.  Former Mid-South foes Life University and Southeastern (Fla.) stay put at No. 2 and No. 3.  Doane jumps up from No. 6 to No. 4 and Indiana Tech slides down one spot to No. 5.

Cumberland added two duals for this Saturday as the Phoenix will take on NCAA Division II program Huntingdon and RV Central Baptist in a tri-match.