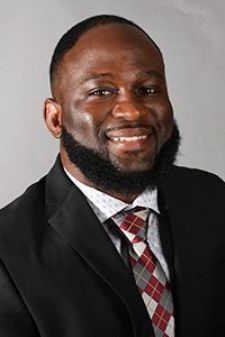 James Hicks begins his ninth season as head coach at Cumberland in 2022-23 after serving three years in the same capacity at Darton State College in Albany, Ga.

Hicks had his first NAIA National Champion this past season as Cole Smith went a perfect 29-0 on the year to win the program's fifth individual NAIA National Championship. Alongside Smith, Carter Cox, Anthony Maia, and Keshawn Laws earned NAIA All-Americans each finishing eighth in their respective weight-class. The team finished eighth overall in 2022.

Hicks led the Phoenix last season to their highest finish in program history as Cumberland finished in fifth place as a team at the NAIA National Championships. The team also had five All-Americans, the most from one team in a season at Cumberland. Esco Walker finished as the National Runner-Up in the 133-weight class. Cole Smith, Carter Cox, Anthony Maia, and Patrick Depiazza also earned All-American honors.