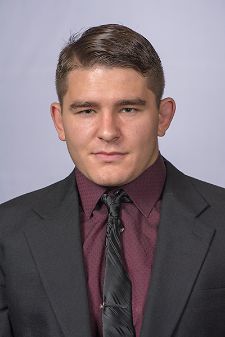 Former two time Cumberland All-American returns to the Wrestling program as an assistant coach in 2018. Croley will be enterning his fourth season.

Croley repeated as an All-American in 2016-17 after placing third. The Pigeon Forge, Tenn., native lost in the main draw semifinals at 157 but came back with a pair of victories in the wrestleback to claim third place. He finished 32-10 overall in 2016-17.

Croley was named an NAIA Wrestling All-American in 2015-16 after finishing seventh at 157 at the national championships in Topeka, Kan. He finished that season with a 25-6 at 157 and 30-9 overall at two different weight classes.

He graduated from Cumberland with a bachelor's Degree in Special Education in May 2017.