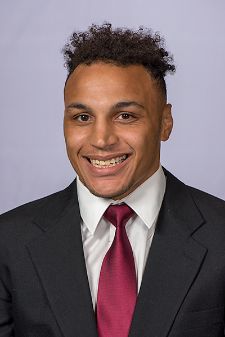 Bryce Carr is beginning his second year with the Phoenix as the Wrestling Graduate Assistant in 2019-2020.

Carr comes to Cumberland after a very successful collegiate wrestling career. Carr first was a Junior College National Champion at Darton State in Albany, Georgia.  The Dublin, Georgia native then moved on to the University of Chattanooga where his success didn’t stop.

After a redshirt season in 2015-2016, he quickly garnished a 26-6 overall record in his junior campaign and won the Southern Conference. He ranked in the Top 20 most of the season and went in to the NCAA Championships as the No. 13 seed at 184 pounds where he finished with a second round exit.

Carr’s Senior season provided more success as he again won the Southern Conference while also being crowned Southern Conference Wrestler of the Year. The 184 pounder finished his senior year with a 29-7 record with all 7 losses coming to wrestlers in ranked inside the top 11. He garnished multiple SoCon Wrestler of the Week and Month awards and qualified for the NCAA Championships again as the 12 seed.

Carr lettered four years at West Laurens High School where he placed in the State all four years.

Carr was twice named to the Dean’s List and comes to Cumberland after receiving a Bachelor of Science In Psychology at UTC. He is currently pursuing his Master’s Degree in Education.