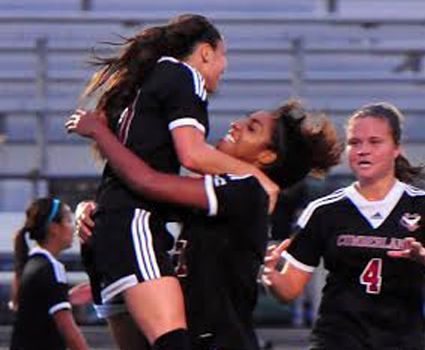 The Bulldogs (3-0-1) trailed 1-0 at the half but Taylor Nay tied the match just 28 seconds into the second period on an assist from Olivia Chu. The Tigers regained the lead a little over two minutes later when Mhiari Fyfe fed Rachel Veatch for a goal and a 2-1 Campbellsville advantage.

Cumberland knotted the match again in the 65th minute when Gilpin headed in a corner kick from Nay. Phillips’ game-winner came in the 75th minute when she took a pass near the top of the box and dribbled around Campbellsville keeper Amanda Howard and fired into an open net for her first goal of the year.

Melissa Garvey put the Tigers ahead in the first half on an assist from Chelsea Gill in the 12th minute, one of two shots for the home team in the period. The Bulldogs had just three shots in the half but finished with 20 in the contest.

Cumberland plays at 17th-ranked Brenau University on Saturday at 6 p.m. Central Time and also travels to Union University on Monday for a 5 p.m. match.