Bulldogs make it 10 straight with another shutout 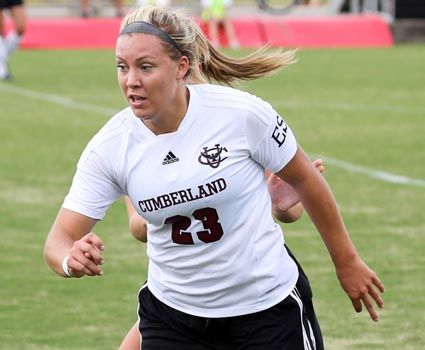 Emily Shires scored a pair of goals and assisted on another in CU's 12-0 victory Saturday at Pikeville. (Credit Steve Wampler)

LEBANON, Tenn. – Emily Shires, Savannah Keele, Shauna Gilpin and Kaitlin Phillips all posted two goals and an assist, as No. 3 Cumberland put on another dominating performance in a 12-0 victory over the University of Pikeville on Saturday in Pikeville, Ky.

Taylor Nay also scored a goal and assisted on another, as did Chu, while Sammy Groves netted her sixth goal of the season and Caitlyn Casey recorded her first assist of the year.

The Bulldogs scored seven times in the first half, including an own goal off Pikeville’s Kayla Robertson.

Cumberland hosts No. 3 Lindsey Wilson on Tuesday at 3:30 p.m. at Lindsey Donnell Stadium-Kirk Field in a change from the original schedule.