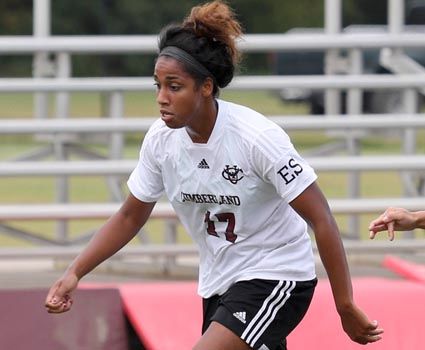 LEBANON, Tenn. – Cumberland’s Shauna Gilpin added NAIA Offensive Player of the Week honors this week, as announced by the national office Tuesday, after posting six goals and one assist in a pair of matches for the Bulldogs.

The St. John’s, Newfoundland, native recorded a career-best four goals against the University of the Cumberlands. She netted a pair of goals in the first nine minutes, scored again in the 24th minute and registered her final goal of the match in the 59th minute.

Gilpin collected two more goals and handed out an assist at the University of Pikeville. She scored in the 12th minute and assisted on an Emily Shires goal in the 14th minute. The senior posted her 17th goal of the year in the 39th minute against the Bears.

She leads the Mid-South Conference in goals, points (47) and game-winning goals (4) this season while ranking No. 4 nationally in all three categories. Cumberland’s Tuesday match against Lindsey Wilson was rained out. The Bulldogs play again Friday, October 17 against Georgetown College.