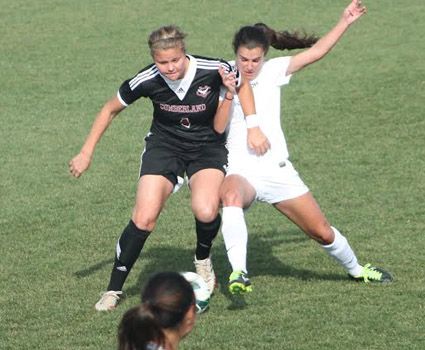 LEBANON, Tenn. – Pauline Quesson scored unassisted in the fourth minute and ninth-ranked Northwestern Ohio held on for a 1-0 victory over No. 1 Cumberland, giving the Bulldogs their second straight loss Monday in Lima, Ohio.

Cumberland (13-2-1) lost despite outshooting the homestanding Racers, 15-8, including 10-1 in the second half. CU’s Kaitlin Phillips hit the crossbar in the 72nd minute and shots from Shauna Gilpin and Beth Morgan were both saved by NWOH keeper Nadine Stonjek in the final minute. Stonjek made five total saves in the match for her 14th shutout of the year.

Quesson’s eighth goal of the season came just 3:25 into the match and was the first of seven shots in the first half for Northwestern Ohio (14-1-1).

Cumberland will host a quarterfinal match in the Mid-South Conference Championships this Friday at Noon at Lindsey Donnell Stadium-Kirk Field.