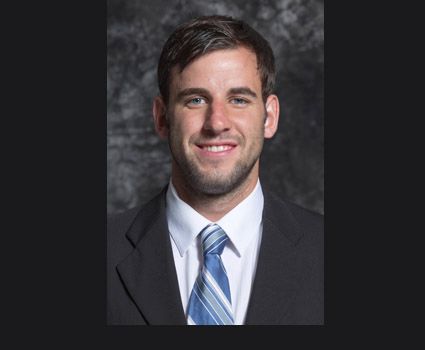 Adam Grant will serve as interim head coach for women’s soccer with the departure of Gavin McKinney earlier this week to Chattanooga.

Grant just finished his third season at Cumberland and his first as a full-time assistant. He spent two years as a graduate assistant with the program.

Cumberland reached the NAIA National Tournament in all three campaigns, winning matches in the NAIA Championship Opening Round each year to reach the Round of 16 and advancing to the quarterfinals for the first time in program history this month in Orange Beach, Ala.
Thirteen players earned All-America honors over the last three seasons along with 26 All-Conference honorees and 30 conference, state and national player of the week awards.

The Dublin, Ireland, native graduated from Pobalscoil Neasain before playing three years at Lambuth University, earning First Team All-Conference honors as a freshman and Second Team All-Conference accolades as a junior. The Eagles won a conference championship his freshman season and he captained the 2010 club to a 12-5-2 overall mark.

Grant served as an assistant coach with the U13 and U14 girls teams for the Jackson Wolves Futbal Club in 2009-10, helping plan and organize team and individual sessions, monitoring fitness and player development and teaching techniques and tactics of the game. The following year he was the head coach of the U14 squad.

At Cumberland he monitors fitness and recruits new players for the programs. He holds a “D” coaching license with the US Soccer Federation, completed in August 2012.