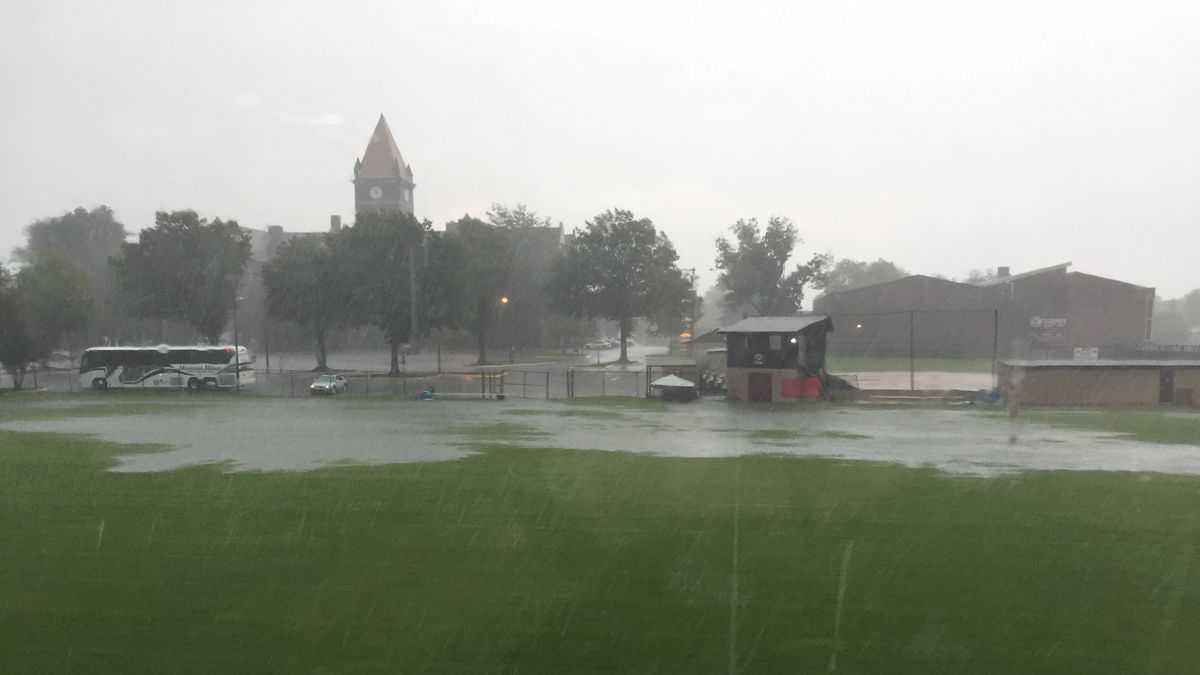 LEBANON, Tenn. – A torrential downpour approximately one hour before game time left Lindsey Donnell Stadium-Kirk Field unplayable after officials and coaches discussed the situation and inspected the field on Saturday.

Cumberland and Lyon College were scheduled for a 4 p.m. kickoff in women’s soccer action, but a tremendous rain storm popped up from the south that dumped close to two inches of rain on the playing surface in less than an hour. At one point almost half of the field was covered with water before the rain finally slacked up.

Coaches and referees conferred with administration and canceled the match just after 4 p.m. Water remained standing on the field along the bench sidelines and a huge puddle on the bleacher side of the field was also visible close to an hour after the rain stopped.

Cumberland hosts Tennessee Wesleyan on Tuesday at 2 p.m. in what will now be the home opener for the Phoenix.