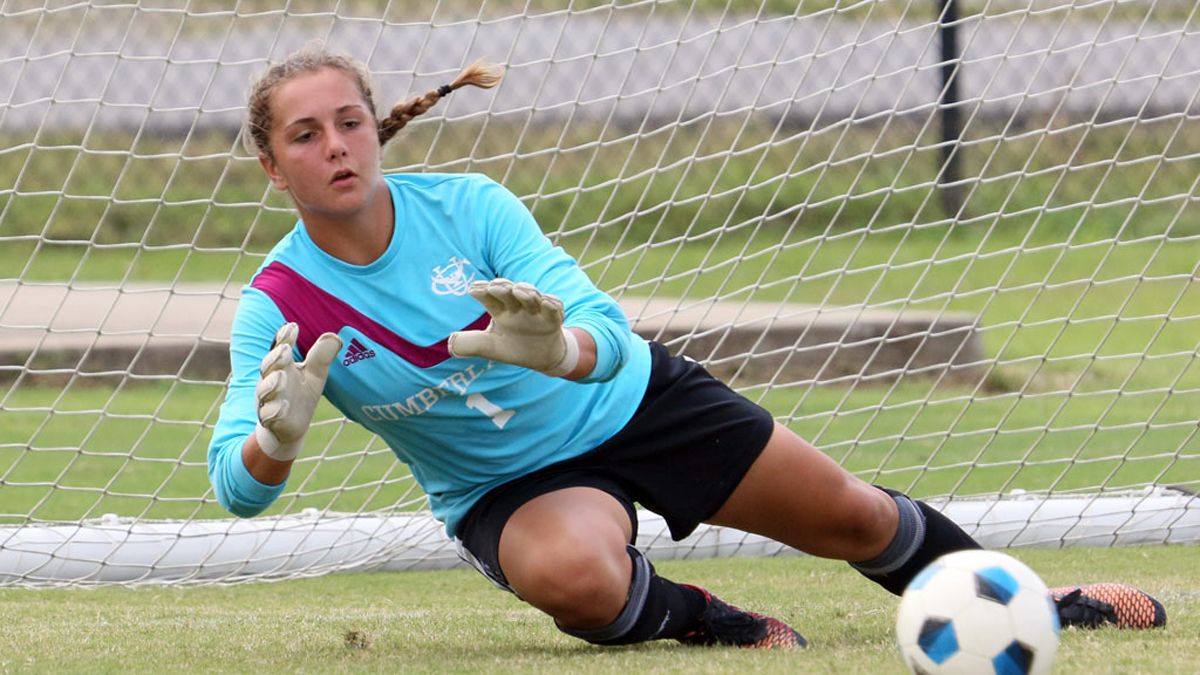 LEBANON, Tenn. – Cayla Hebert scored goals in each half and fifth-ranked University of Mobile kept No. 25 Cumberland at bay in a 2-0 victory in women’s soccer action here Saturday at Lindsey Donnell Stadium-Kirk Field.

Phoenix goalkeeper Ashley Kambeitz made seven saves in net, keeping the Rams (3-1-0) from adding to their lead in both halves. Mobile outshot Cumbeland, 14-7, in the match, but only one CU shot was on goal.

Hebert’s first goal came after a long free kick from Leah Corse near midfield in the 23rd minute. The ball bounced in the box and Hebert beat Kambeitz to it, chipping it past the keeper into the back of the net.

Cumberland came out of the locker room with more intensity and held possession for the first 20 minutes of the period, creating its best chance of the match in the 51st minute, but Emily Shires’ shot was saved by UM’s Cecilia Duarte.

In the 72nd minute Tyler-Rae Molloy’s pass down the right side connected with Noemi Mallet, who crossed near the end line to the top of the six. Hebert followed in the cross to the far post for a 2-0 Rams advantage.

Kambeitz kept Mobile from adding a third goal in the 79th minute, saving a point-blank chance from Molloy and then again in the final two minutes, this one from Mallet.