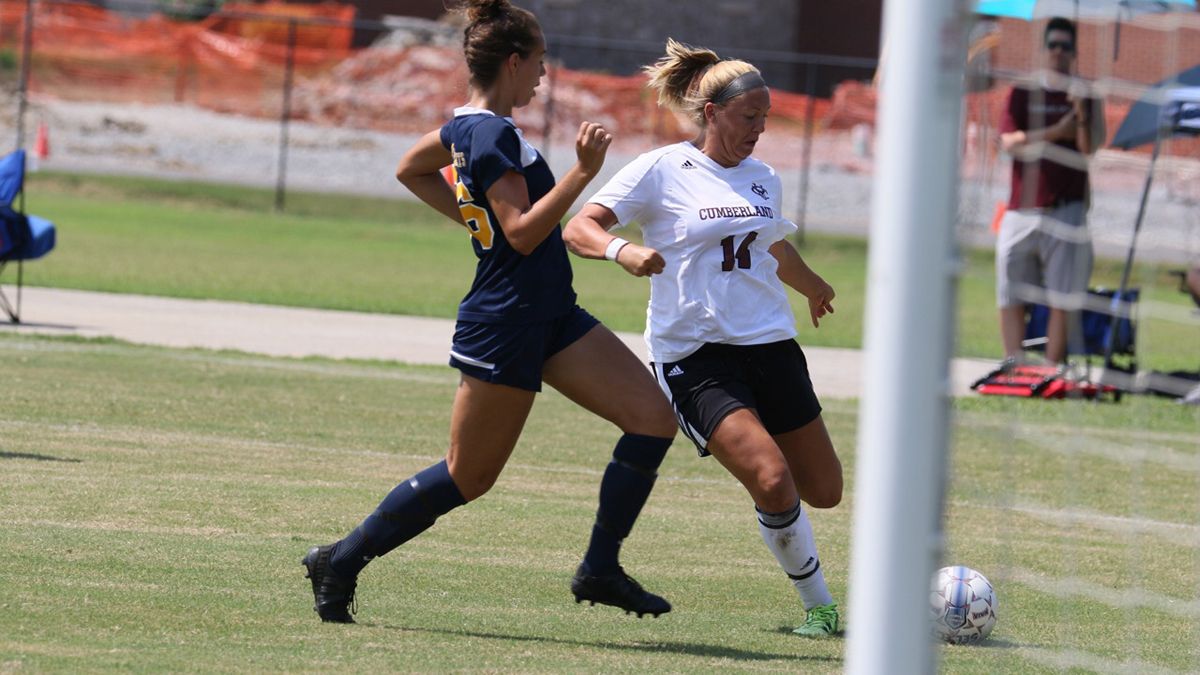 Emily Shires gets ready to take the shot that led to her first of three goals in CU's 3-0 win Monday over Siena Heights. (Credit Steve Wampler)
Siena Heights at #25 Cumberland Univ. | September 05, 2016

Shires scored twice in the first half and headed in a rebound midway through the second half for her first career hat trick. Ashley Kambeitz made one terrific save late in the second period to preserve her clean sheet in net, one of three saves in the victory.

Shires got the Phoenix (3-1-0) on the board in the 17th minute, taking a pass deep down the left side from Rebecca Holloway and firing it past SHU goalkeeper Meghan Bogg from a bad angle, into the top of the net for her first goal of the year.

Two minutes later Savannah Moreland played a long ball past the defense. Shires ran onto the ball and was 1-v-1 with Bogg, beating her low and right for her second score in 121 seconds.

Shires nearly assisted on another goal three minutes later, crossing to the far post to Mariah Aplin, whose shot hit the underside of the crossbar and bounced out. Cumberland outshot the Saints, 10-4, in the period, and took the 2-0 edge to intermission.

Holloway’s corner kick in the 73rd minute was headed off the right post by Moreland, but Shires was there to pick up the rebound, all but putting the game away for CU.

Bogg posted four saves in 54 minutes and Taylor Hill collected three saves in 36 minutes in goal for the Saints (1-2-1).