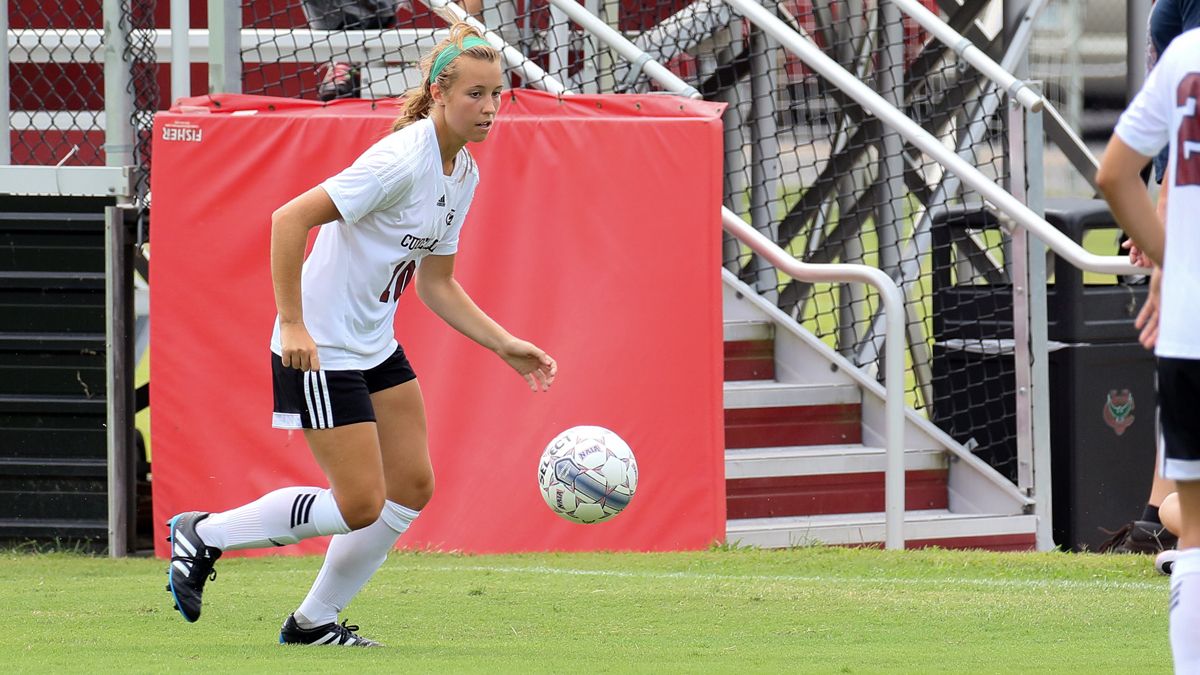 LEBANON, Tenn. – Autumn Copeland netted a pair of goals and Katherine Hassell added a goal and two assists, as 25th-ranked Cumberland scored four times in the second half in a 4-0 victory over Asbury University in women’s soccer action here Friday at Lindsey Donnell Stadium-Kirk Field.

The Phoenix (4-1-0) created several scoring chances in the first half but were unable to put any away and the second period started the same way, with the Eagles’ (4-1-0) defense clearing point-blank shots from Rebecca Holloway and Emily Shires off the goal line just after intermission.

Cumberland finally broke through on a long-range shot from Hassell from 25 yards just falling under the crossbar, assisted by Dayle Weslosky, in the 53rd minute.

Copeland doubled the lead in the 71st minute, taking a nice pass from Hassell and beating Asbury goalkeeper Brooke Perkins high and right for her first goal of the season. Two minutes later Hassell fed Savannah Moreland just to the right of the goal and Moreland’s ball into the lower right corner of the net got past Perkins as well.

Mariah Aplin assisted on Copeland’s second goal, doing most of the work down the right side near the end line before crossing to the back post for an easy goal with just 33.4 seconds remaining in the match.

Cumberland outshot the Eagles, 29-3, in the match and took nine corner kicks to just two by the visitors.

Early in the first half, Aplin played a long ball to the top left corner of the box. Shires beat Perkins to the ball, heading it toward the nete, but defender Mallory Valentine cleared the ball off the goal line just before it crossed in the sixth minute.

Moreland’s strike from the right side of the box was also saved by Perkins in the first 10 minutes.

Cumberland held the run of play for almost the entire 45 minutes of the opening period, but created just a few good scoring chances after the initial two and the teams went to the break in a scoreless draw.

The Phoenix host eighth-ranked Martin Methodist on Tuesday to end a six-match homestand.