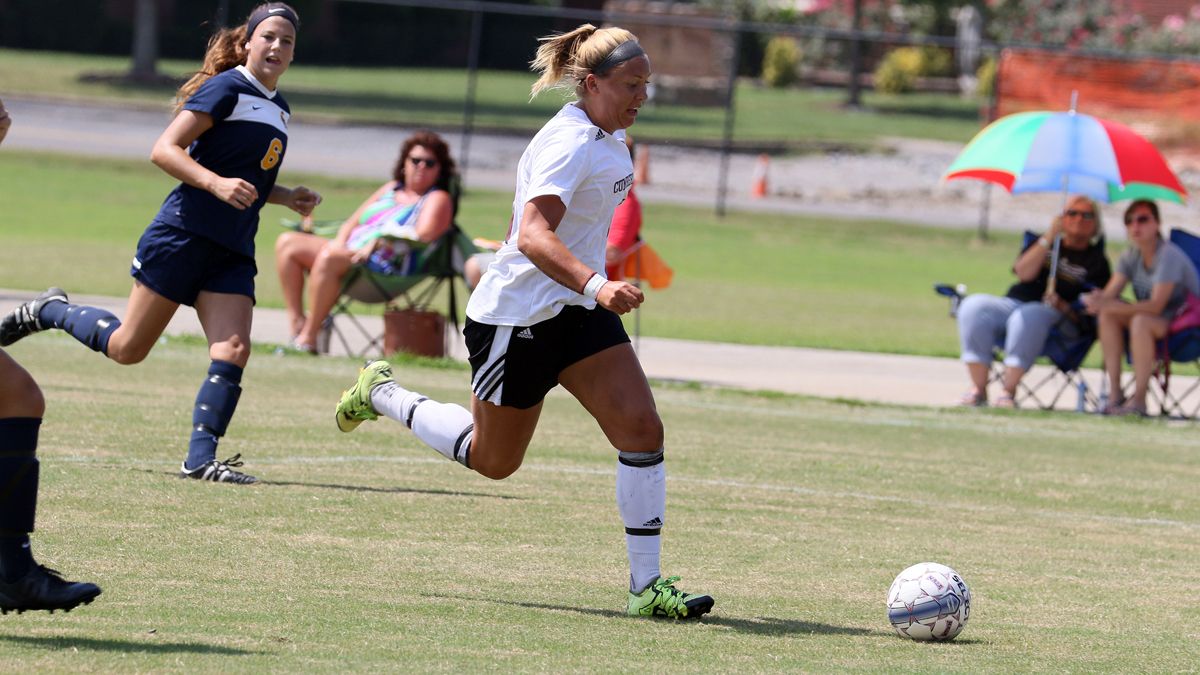 LEBANON, Tenn. – Emily Shires netted her fourth goal of the season early in the second half for No. 25 Cumberland, but Caroline Ladaga equalized for eighth-ranked Martin Methodist with less than five minutes to play and Rebecca Holloway hit the post in both overtimes in a 1-1 draw here Tuesday in women’s soccer action at Lindsey Donnell Stadium-Kirk Field.

The Phoenix (4-1-1) and RedHawks (5-0-1) played a mostly listless first half, with 15 combined shots between the two teams but no good scoring chances for either. The second half was much different, with more end-to-end action.

Shires put Cumberland ahead in the 59th minute, with her shot first saved by MMC goalkeeper Caitlin Dumond, but the ricochet went to Mariah Aplin, who passed back to Shires. The junior lofted a left-footed strike to the far post for her fourth goal of the year.

Holloway hit the crossbar early in the second half and Kaitlen Kisiloski’s header off a corner went just wide left, chances for the Phoenix to add to the lead.

Martin Methodist continued to press later in the period and CU’s goalie Ashley Kambeitz was up to the task, coming off her line for a sliding save against Kate Wallace and knocking down a hard shot by Millene Cabral. But a critical mistake by the Cumberland defense opened the door for the visitors.

Dayle Weslosky was unable to control a ball in the middle of the field about 40 yards from goal and Linzi Taylor picked up the loose ball for the RedHawks. She dribbled up the field before passing outside to Caroline Ladaga, whose shot to the far post went off the hands of Kambeitz and into the net with just over four minutes remaining in regulation.

Cumberland had two great chances to win in extra time, with Holloway 1-v-1 with Dumond midway through the first 10 minutes, but her shot drilled the right post. In the second extra period, Holloway drilled a one-timer from near the penalty spot the hit the left post, again keeping the match tied.

Kambeitz finished the match with six saves and faced 16 total shots, while Dumond registered eight saves against 28 shots from the Phoenix.

Cumberland opens Mid-South Conference play next week, traveling to the University of Pikeville on Monday for a Noon Central Time outing. CU is back at home Saturday, September 24 against Shawnee State, also at Noon.