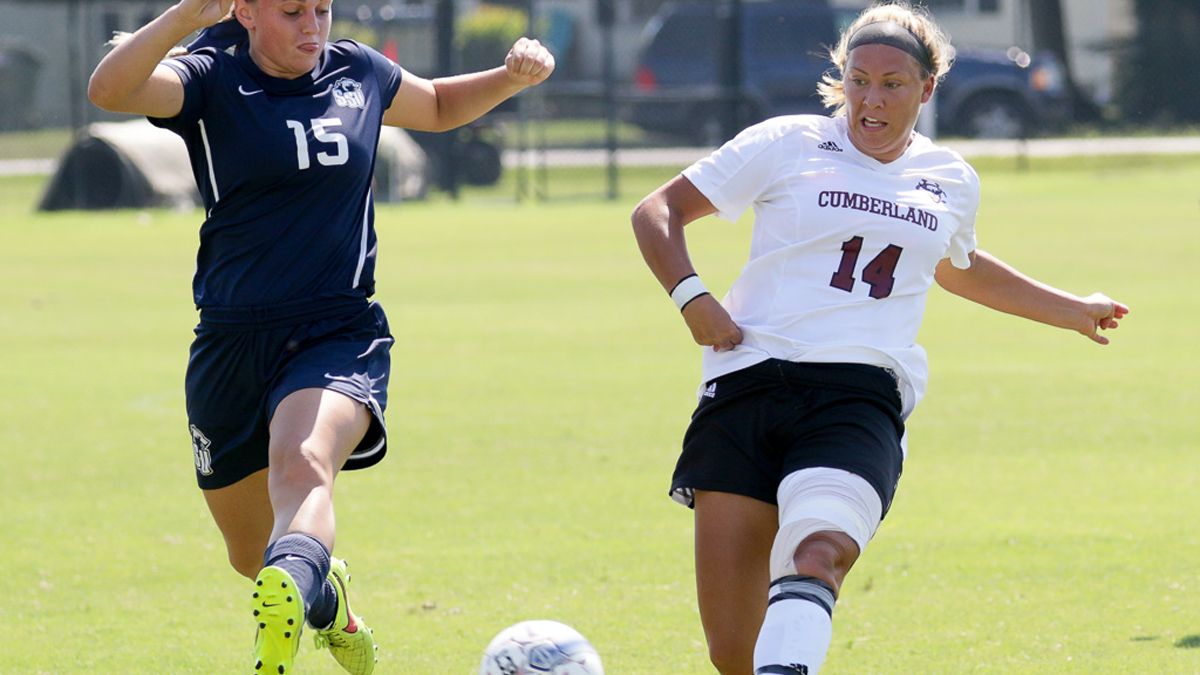 LEBANON, Tenn. – Emily Shires posted a pair of goals, as 16th-ranked Cumberland overcame a sluggish first half in a 2-0 win against Shawnee State in women’s soccer action Saturday at Lindsey Donnell Stadium-Kirk Field.

Rebecca Holloway’s cross from the left found Shires for a goal in the 32nd minute, giving the Phoenix (6-1-1, 2-0-0 Mid-South) a 1-0 edge at the break. Cumberland took just nine shots in the period.

CU outshot the Bears, 17-3, in the second period and a rebound after a goalkeeper save in the 82nd minute found Shires, who fired into the right corner for her team-leading sixth goal of the year.

Shawnee State’s Michaela Garner collected 10 saves in the loss for the Bears (0-4-2, 0-2-0), while CU’s Ashley Kambeitz made three saves, all in the second half.