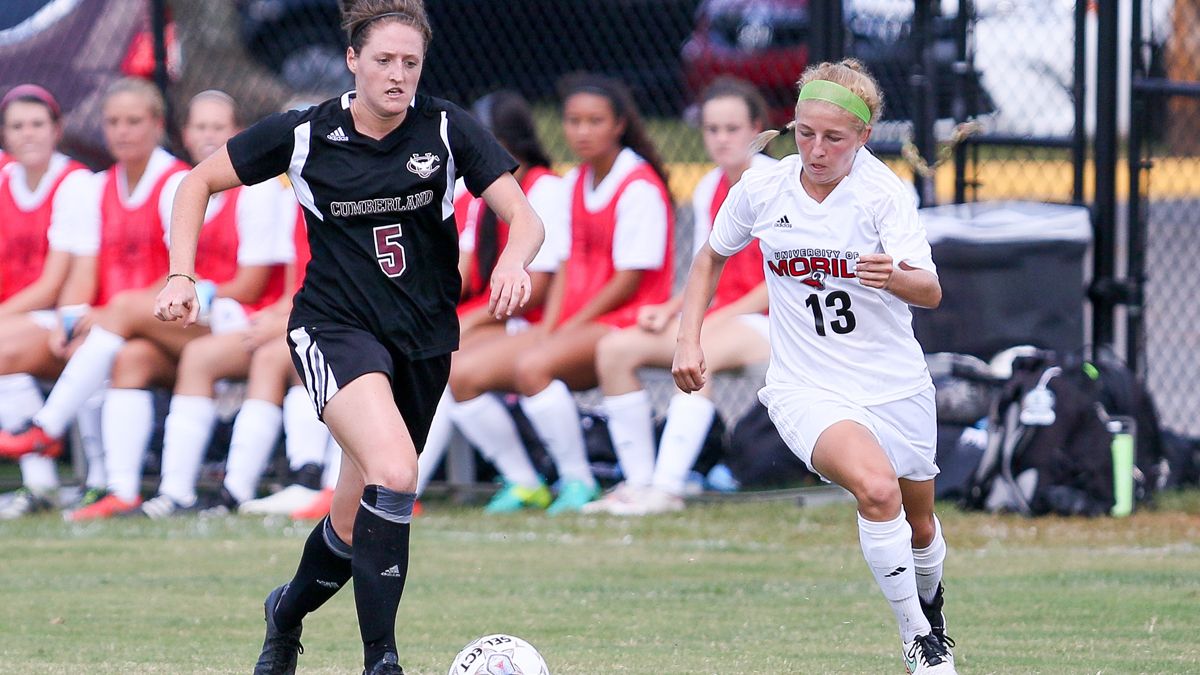 Cumberland (7-1-1, 3-0-0 Mid-South) netted four goals in the first 13 minutes, three of those from Shires, and never looked back to remain unbeaten in its last six outings. Connie Awuku-Darkoh, playing in her first match since September 3, posted a pair of goals, her first two of the season.

Holloway and Shires connected on the first CU goal in the fourth minute, with Shires beating the keeper to a through ball near the top of the box, dribbling around Kuhn and firing into an open net for her seventh goal of the year.

Savannah Moreland was on the receiving end of a Holloway pass in the eighth minute, a cross from the left to the back post for Moreland’s fifth goal of the season.

Mariah Aplin registered one of her three assists in the 11th minute with a through ball to Shires, who again beat Kuhn to the ball dribbled past her and shot into an open net.

The same two players connected in the 13th minute, this time on a beautiful cross from the left by Aplin to Shires, who squared the ball just inside the far post for a 4-0 edge.

Awuku-Darkoh got on the board late in the half, with Holloway’s through ball down the left side finding the sophomore, who beat Kuhn to the far post in the 39th minute for a 5-0 Cumberland advantage at intermission.

Shires added her fourth goal less than five minutes into the second half on an assist from Maria Brenes. The Running Eagles (1-7-0, 0-3-0) played a very high backline, most of the time near midfield, for most of the second period.

After numerous offsides calls, Cumberland finally found the range to break the high line, with Katherine Hassell feeding Holloway for a 1-v-1 and a goal in the 62nd minute. Aplin did the same to Holloway in the 73rd minute for her fourth goal of the year and Awuku-Darkoh finished off the scoring with a goal from Emily Mitchell in the 74th minute.

Cumberland heads to the University of the Cumberlands for a 3 p.m. Central Time match on Tuesday and returns home next Saturday, taking on Auburn Montgomery at 2 p.m.