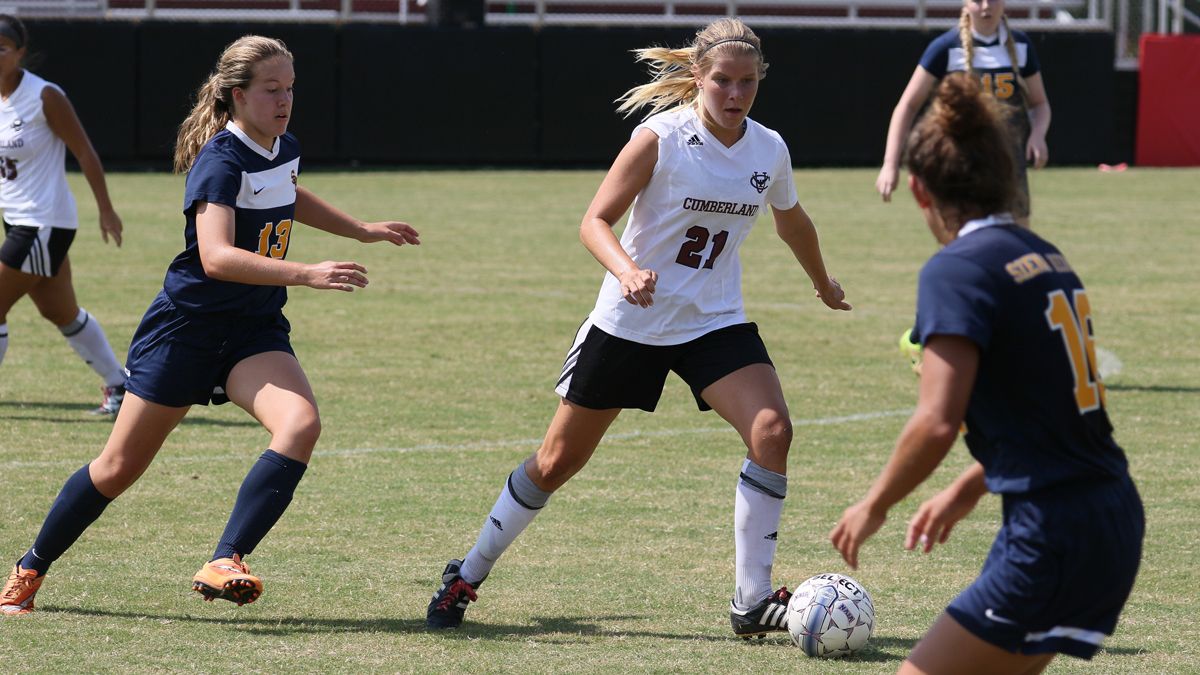 Alys Maynord netted her first goal of the season early in the second half in CU's 1-0 victory Tuesday at the Cumberlands. (Credit Steve Wampler)
Cumberland (Tenn.) at Cumberlands (Ky.) | 0,

LEBANON, Tenn. – Alys Maynord netted her first goal of the season early in the second half and Ashley Kambeitz posted three saves in 15th-ranked Cumberland’s 1-0 victory over the University of the Cumberlands in women’s soccer action Tuesday afternoon in Williamsburg, Ky.

The match featured just 21 combined shots by the two teams as well as four yellow cards, two for each club, but the Phoenix (8-1-1, 4-0-0 Mid-South) remained unbeaten in its last seven outings.

Dayle Weslosky crossed the ball into the box and Maynord finished for the only goal of the match in the 53rd minute.

The Patriots (7-7-0, 1-3-0) hit the post midway through the second half and nearly scored in the final minutes before a Cumberland defender cleared a shot off the goal line by Asha Vilaythong.