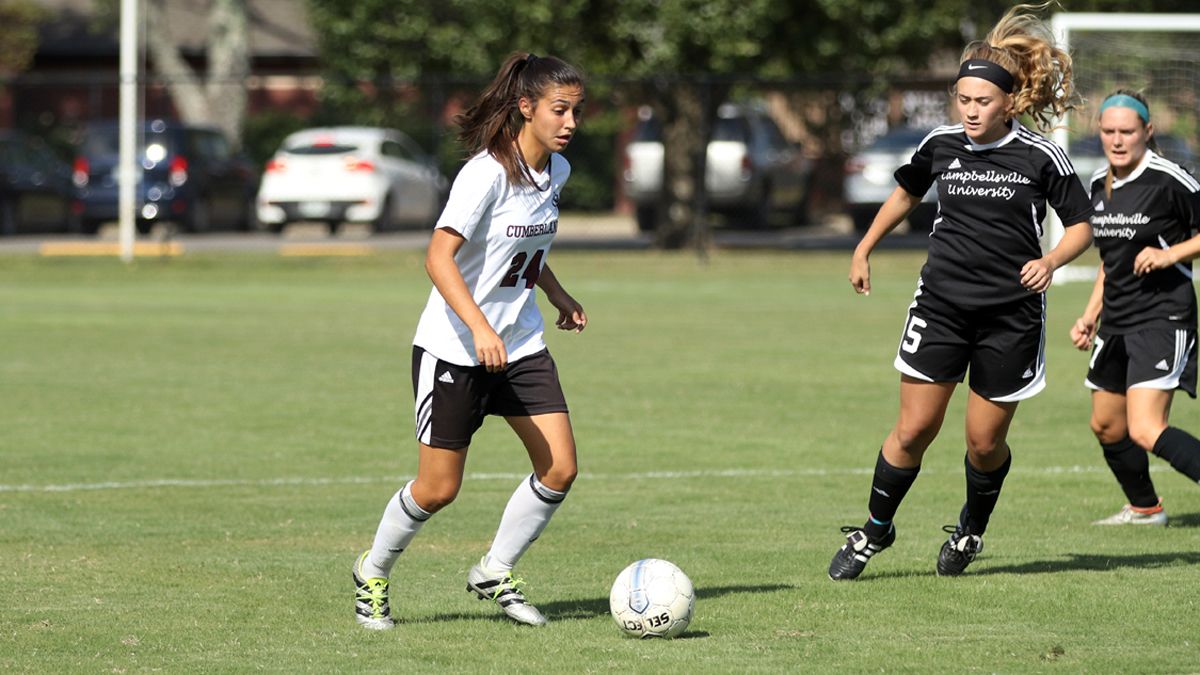 Campbellsville pressured the CU goal early and the Phoenix countered for their first goal, with a shot by Emily Shires saved by Campbellsville’s Amanda Howard. Aplin came out of the scramble after the rebound and her shot went off the hands of Howard and into the net in the 58th minute for her second goal of the year.

Ten minutes later Aplin was part of the second score for CU, dribbling down the middle before laying the ball off to the left for Rebecca Holloway, who fired to the far post past a diving Howard for a 2-0 CU advantage in the 68th minute.

That opened the flood gates for Cumberland, which added two more goals in the next four minutes.

Shires crossed from the left in the 70th minute and the ball went past Savannah Moreland but Aplin was there at the far post for an easy goal. In the 72nd minute Maria Brenes did the bulk of the work down the left side before crossing back toward the middle to Shires, who dribbled once to her left before firing past Howard from the top of the box, just inside the near post, the 13th goal of the year for Shires.

Howard finished with three saves and faced 16 total shots from Cumberland, while CU goalkeeper Ashley Kambeitz recorded her eighth shutout of the year, with Campbellsville taking just three shots in the match.

Cumberland returns to action next Wednesday at Georgia Gwinnett and hosts fifth-ranked Lindsey Wilson in the home finale on Tuesday, October 25.