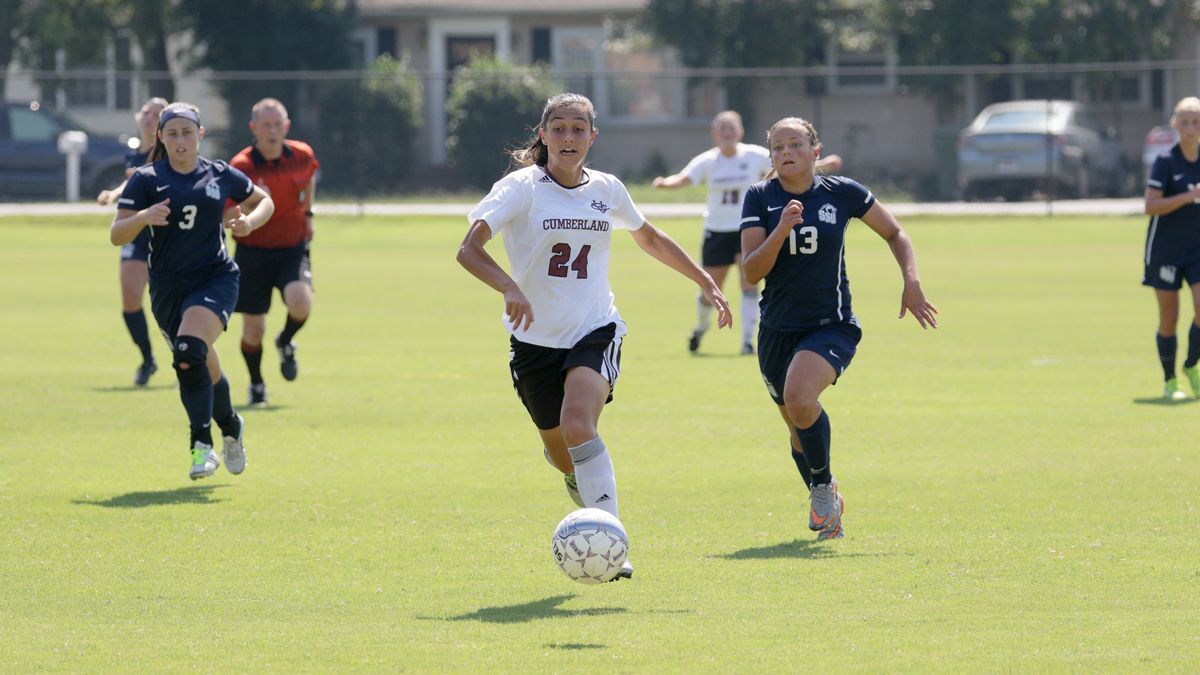 LEBANON, Tenn. – Mariah Aplin’s goal through traffic in front of the net with three seconds remaining sent the match to extra time and 16th-ranked Cumberland played the final 15-plus minutes with just 10 players in a 1-1 draw versus Georgetown College on Saturday in women’s soccer action at Toyota Stadium in Georgetown, Ky.

Georgetown’s staunch defense held the Phoenix (10-3-2, 5-1-1 Mid-South) at bay for all of regulation until the final seconds, with Aplin firing a ball into the net after a scramble in front off a Rebecca Holloway corner kick. It was the fourth goal of the year for the sophomore and her second game-winner.

Cumberland posted all three shots taken in the first half but the Tigers were the first ones to score, with Bethany Morris feeding Gillian Morris in the 73rd minute for a 1-0 lead for the home team.

Georgetown goalkeeper Brittany Moshos saved a pair of CU shots in the second half before the final scramble resulted in the Aplin score. She finished with two saves and faced 10 total shots, while Cumberland’s Ashley Kambeitz had one save against eight shots for the Tigers (11-3-2, 5-1-1).

Almost five minutes into the first overtime, Olivia Chu drew a straight red, disqualifying her from the rest of today’s match as well as the quarterfinals of next week’s conference tournament.

The Tigers took the only two shots in the final 15 minutes, neither on frame, and the match ended in a draw.

Cumberland will play in the quarterfinals of the Mid-South Conference Championships on Thursday in Bowling Green, Ky., against a yet-to-be-determined opponent.