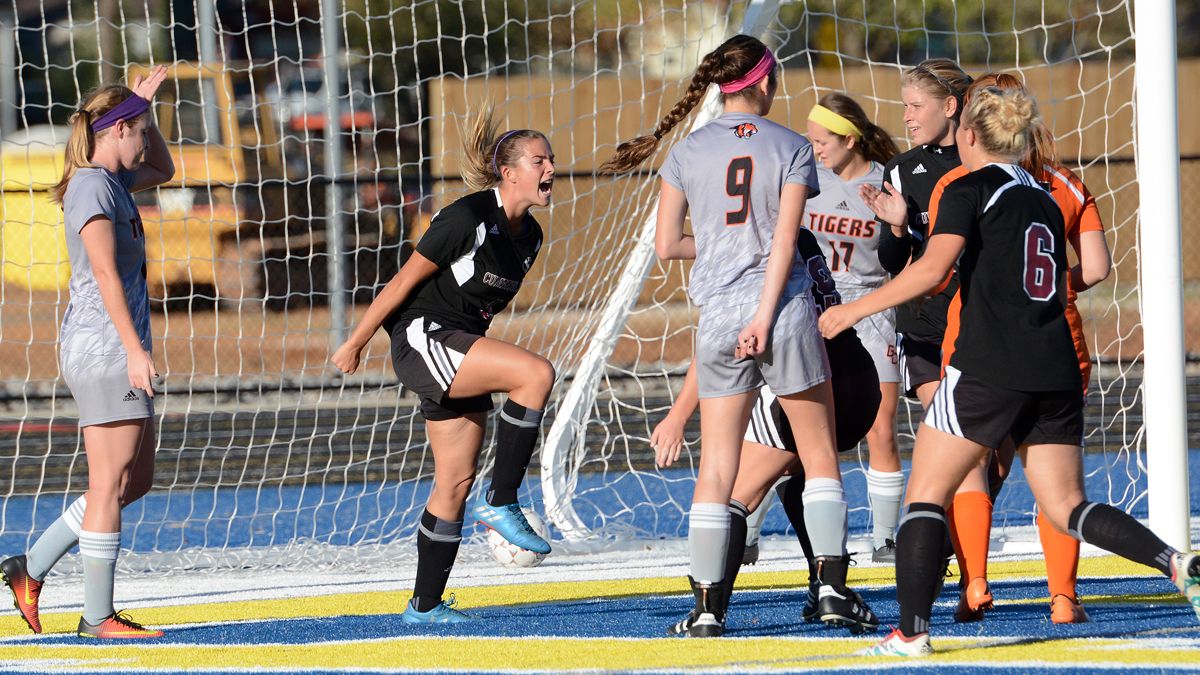 LEBANON, Tenn. – Savannah Moreland netted a goal in the 13th minute and Olivia Chu added a score in the 38th minute, leading 16th-ranked Cumberland to a 2-0 victory over No. 24 Georgetown College in the semifinals of the Mid-South Conference Women’s Soccer Championships on Thursday in Bowling Green, Ky.

The Phoenix (12-3-2) advance to Friday’s championship match to face fourth-ranked Lindsey Wilson are Warren East High School in Bowling Green. It will mark the fourth meeting in the last five years in the conference tournament finals between the two clubs, with the Blue Raiders holding a 2-1 edge in those matches, including an overtime victory in 2013.

Moreland netted her sixth goal of the season off a corner kick from Rebecca Holloway to put CU ahead in the 13th minute. Then with just under eight minutes remaining in the opening half, Connie Awuku-Darkoh found Chu for her second goal of the year.

Georgetown (13-4-2) outshot Cumberland, 8-7, in the first half, forcing CU goalkeeper Ashley Kambeitz into a pair of saves, her only saves of the match. Georgetown’s Brittany Moshos also made two saves for the Tigers, both in the first half.

The Phoenix took the only three shots in the second half and also had four corner kicks in the final 45 minutes.