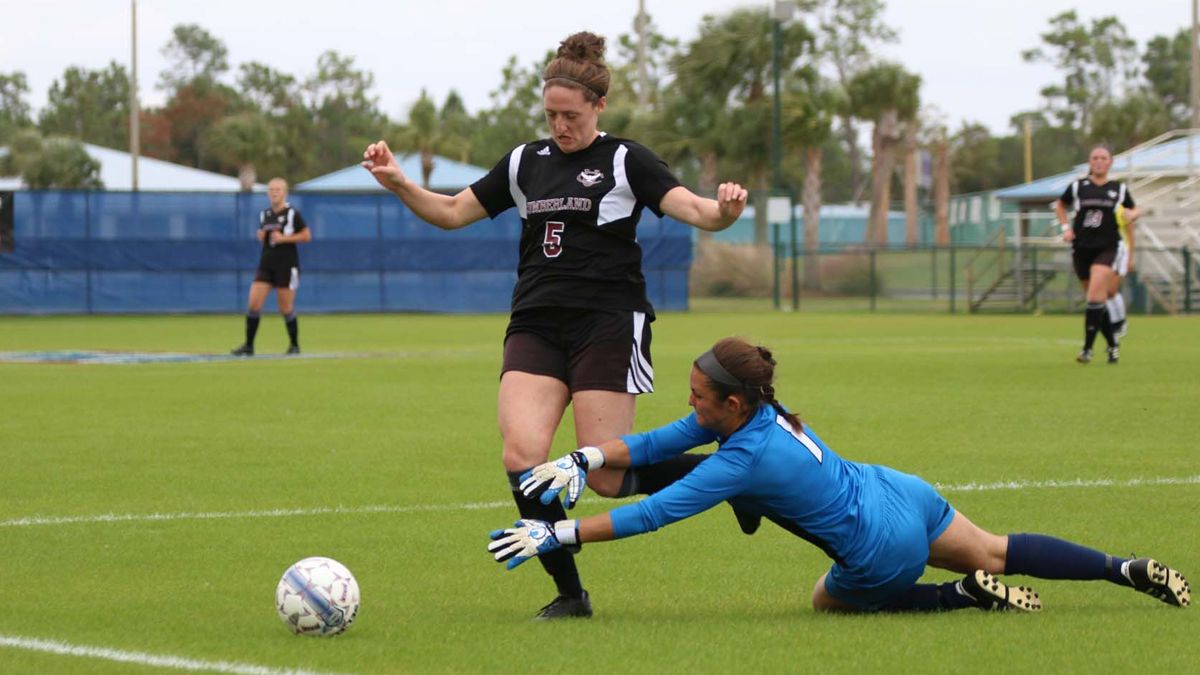 LEBANON, Tenn. – Bethany Balcer scored early in both halves and top-ranked Spring Arbor added two more goals in the second period in a 4-0 victory over No. 16 Cumberland in the Round of 16 at the NAIA Women’s Soccer National Championships on Monday in Orange Beach, Ala.

The Cougars (20-0-1) posted their 17th shutout of the year and advance to Wednesday’s quarterfinals while the Phoenix end their season 13-5-2 overall, reaching the NAIA Championships final site for the fourth time in five seasons.

Balcer scored off a corner kick in the 13th minute for an early 1-0 Spring Arbor advantage. Cumberland seemed to gain its composure after the goal, keeping possession and threatening the SAU defense on several occasions. Olivia Chu’s shot sailed wide in the 21st minute and Cougars goalkeeper Ashley Thomas made saves against Luca Jöns and Mariah Aplin later in the half.

Balcer was it at again in the opening minutes of the second half, scoring with a flick from right in front of the goal in the 47th minute for a 2-0 SAU advantage.

Spring Arbor added to the lead in the 66th minute after a scramble in front of the net. The ball was not cleared away and Kaley Buck’s shot to the far post just inside the 18-yard box got past a diving Ashley Kambeitz and into the back of the net.

Brooke Beaune collected the final goal for the Cougars in the 89th minute on an assist from Kendra Spencer.

Kambeitz finished with three saves and faced 19 total shots from the defending national champions, who are now unbeaten in their last 40 matches.