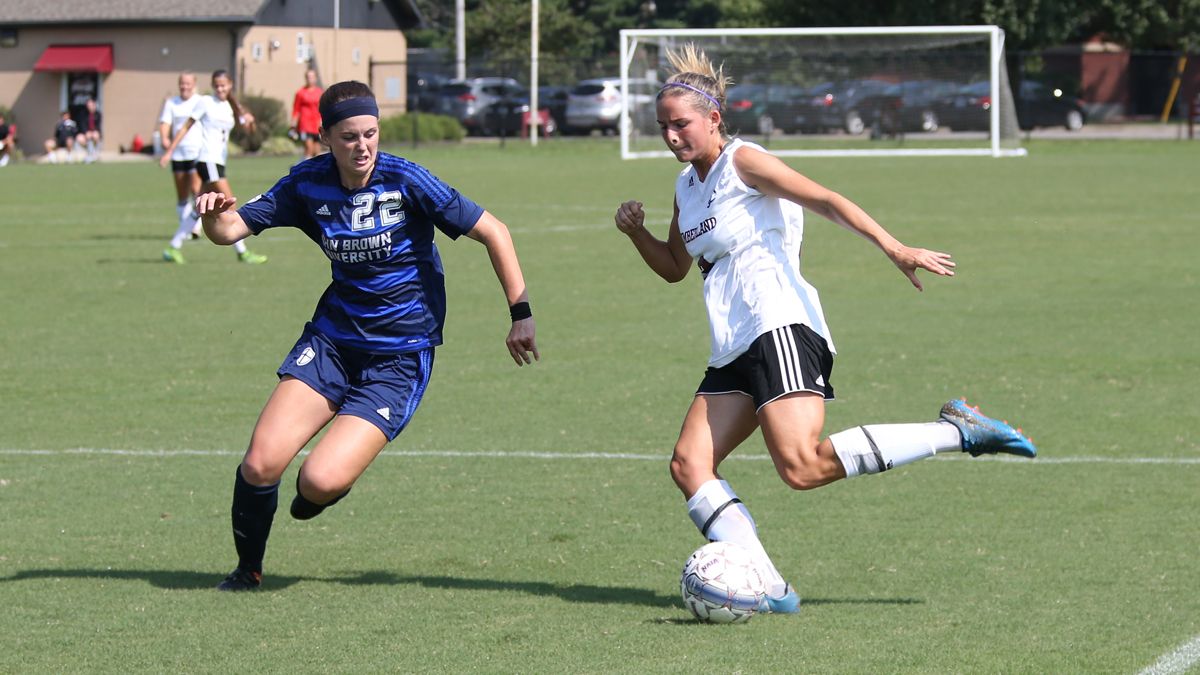 LEBANON, Tenn. – John Brown scored twice in four minutes to start the second half and two more times in a five-minute stretch late in the period, including Sierra Nealon’s game-winner in the 74th minute, as the 18th-ranked Golden Eagles posted a 4-2 victory over No. 16 Cumberland in women’s soccer action here Monday at Lindsey Donnell Stadium-Kirk Field.

The Phoenix (0-2-0) led 1-0 at the half thanks to a 20th minute goal from Savannah Moreland, who finished a long free kick from Luca Jöns. Rebecca Holloway nearly added to the advantage with a drive from 20 yards late in the period, but JBU goalkeeper Caitlyn Logan turned that shot away.

The Golden Eagles (2-1) were the aggressor out of the locker room and took advantage of a miscue by the Cumberland back line to start the second half. Two defenders missed on chances to clear the ball away and Jöns was also unable to take the ball away from Jastin Redman, who fired into the net just 1:45 into the second half, equalizing at one.

Just over two minutes later Katherine Haar tracked down a long corner kick and passed to the corner of the box. Sarah Hughes lofted a shot to the back post that fell just under the crossbar, giving the visitors a 2-1 edge.

Cumberland knotted the match in the 66th minute, this time on a long ball from Rebecca Holloway. Emily Shires tracked down the pass, chipped it past Logan and fired into an empty net. Logan also made a tremendous diving save just before the goal on a shot from the box by Autumn Copeland.

Defensive breakdowns led to the final two goals by John Brown, with Hannah Sweaney crossing from near the end line to the top of the six-yard box. Nealon’s shot deflected off a CU defender into the net in the 74th minute.

Less than five minutes later Sweaney’s cross was dropped by Ashley Kambeitz and Hannah Poor was there to take advantage, picking up the rebound for the score and a 4-2 JBU lead.

Cumnberland heads to Brenau University on Wednesday before returning home this weekend to take on Point University on Saturday at 11 a.m.