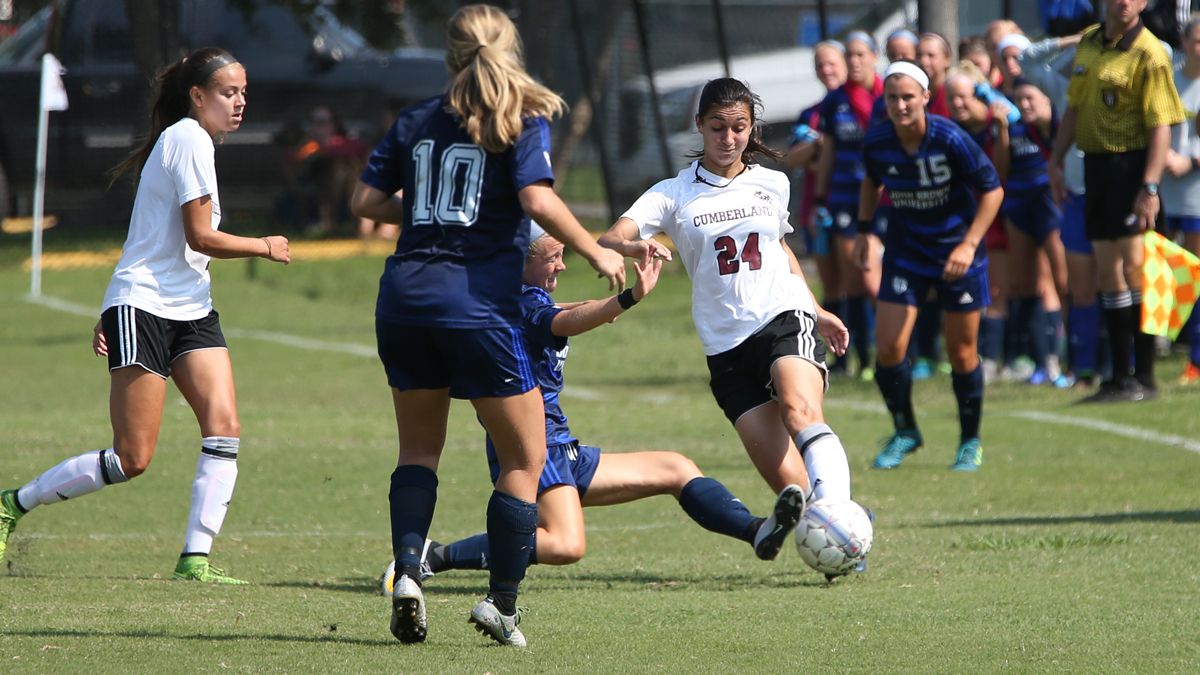 LEBANON, Tenn. – Rebecca Holloway and Mariah Aplin both scored a pair of goals and Savannah Moreland handed out two assists for 21st-ranked Cumberland in a 5-0 win against Brenau University in women’s soccer action Wednesday evening in Gainesville, Ga.

Holloway netted the first and last goals for the Phoenix (1-2-0) and Aplin collected a goal in each half for CU.

Ciera Lundy and Moreland assisted on Holloway’s score in the fifth minute to give Cumberland an early lead and Emily Shires found the back of the net on an assist from Katherine Hassell in the 11th minute for a 2-0 CU advantage.

Marissa Avnaim and Moreland posted assists in the 39th minute on Aplin’s first goal and Holloway had the helper in the 69th minute for Aplin’s second score of the match. Kaitlen Kisiloski’s header found Holloway for a goal in the 88th minute to finish off the scoring for the Phoenix.

Cumberland hosts Point University on Saturday at 11 a.m. in a make-up from last Saturday because of rain from Hurricane Harvey.