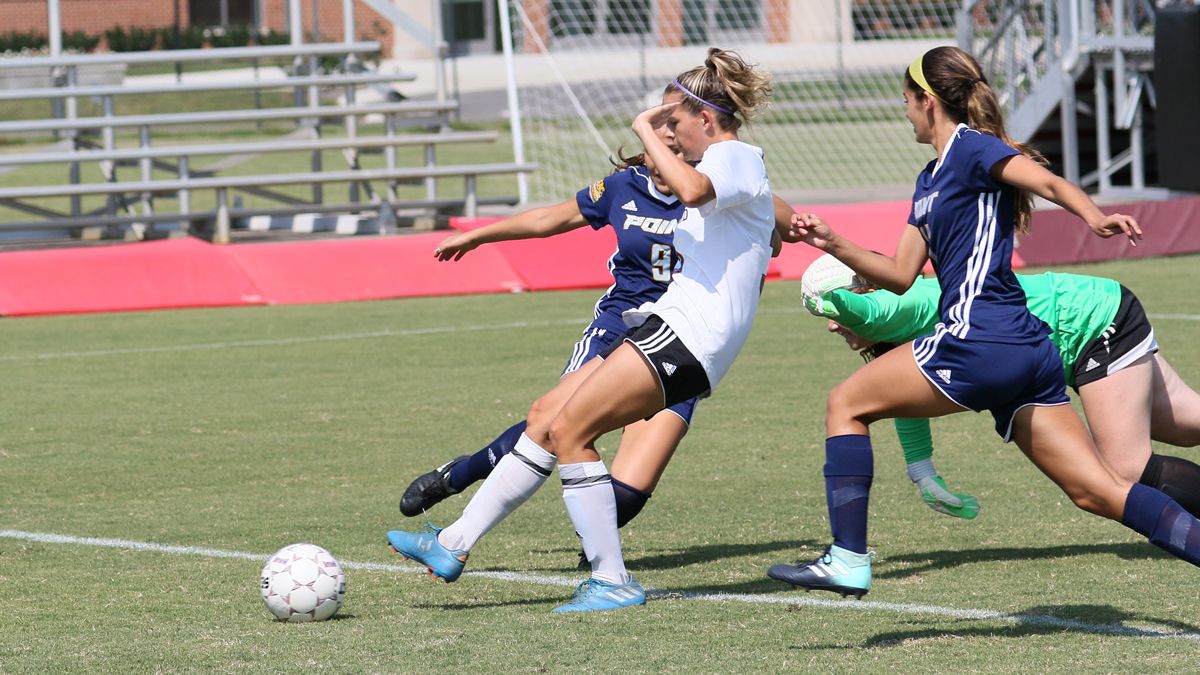 The Phoenix (2-2-0) won their second straight match after two losses to begin the year. Savannah Moreland converted her own rebound in the first 10 minutes and Mariah Aplin’s goal in the last 10 seconds gave Cumberland a 2-0 edge at intermission.

Holloway booted in a rebound just after the half, but the Skyhawks (2-3-0) got on the board just over a minute late with a goa from Sabria Marquez.

Ciera Lundy drew a foul in the box only seconds after entering the match and Sarah Haddock converted the penalty kick for a 4-1 Phoenix lead. Alys Maynord tallied the final goal, heading in a cross from Autumn Copeland to the far post.

Cumberland peppered the net in the first three minutes of the match, but Point goalkeeper Rachel Ash turned away a pair of shots and two others were blocked away before they reached the net. The Phoenix broke through in the 10th minute when Emily Shires controlled a long pass and found Moreland near the penalty spot.

Ash saved the first shot but Moreland beat the keeper to the rebound and fired into an empty net for a 1-0 lead in the eighth minute.

Cumberland controlled the run of play for almost the entire 45 minutes and created a couple of other scoring chances, but headers by Shires and Haddock sailed wide of the net.

The Phoenix finally broke through with a second goal in the final seconds of the period, with Holloway dropping to Mariah Aplin, who lofted a shot from about 10 yards just over the arms of Ash and under the crossbar with 6.5 seconds left in the half.

Cumberland outshot the Skyhawks, 10-1, in the period, while Ash collected three saves.

The second half started quickly as well, with a header by Kaitlen Kisiloski saved but Holloway picked up the rebound for her third goal of the year and third in the last two outings, this one in the 51st minute.

Only 87 seconds later Point registered its only goal, with Madison Plemons feeding a ball to the left for Marquez. Her shot to the far post cleared the arms of CU’s Ashley Kambeitz, cutting the advantage to 3-1.

Haddock’s PK made it 4-1 and Maynord’s goal in the 84th minute, which started with a pass outside from Lundy to Copeland, who crossed to the top of the six-yard box for the header by Maynord.

Cumberland hosts Indiana Wesleyan this Wednesday at 2 p.m. and hits the road next weekend to face West Virginia Tech on Saturday at Noon CT.