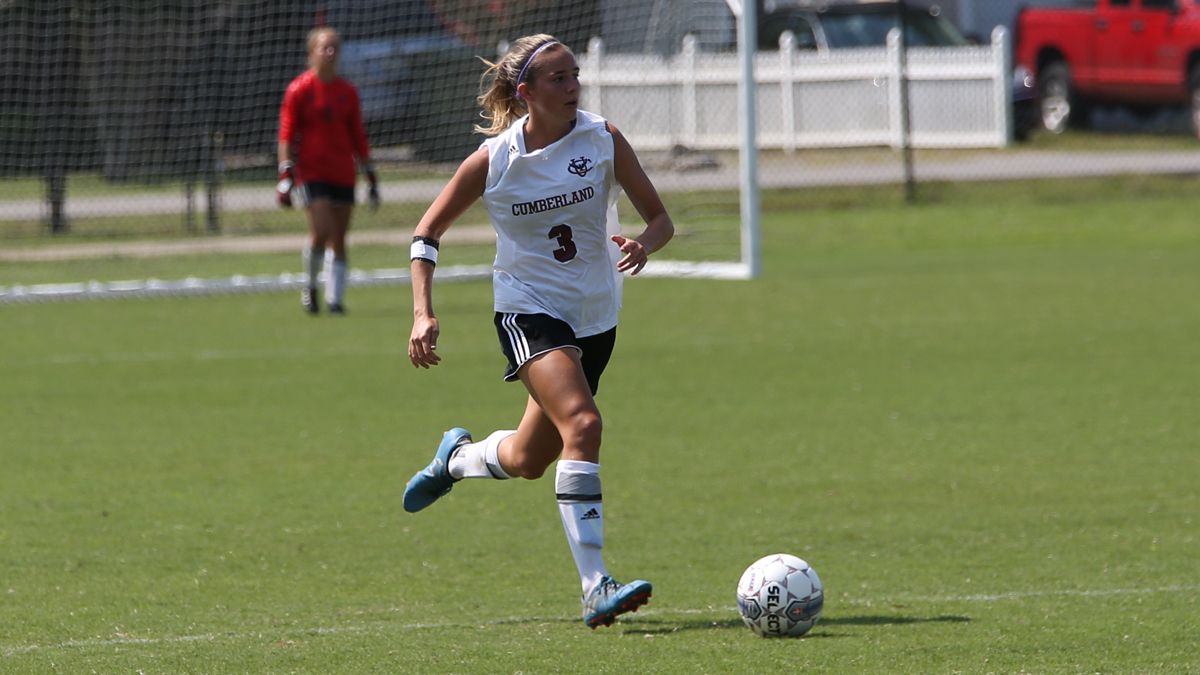 LEBANON, Tenn. – Mariah Aplin scored late in the first half to put 24th-ranked Cumberland ahead and Marissa Avnaim and Savannah Moreland added goals in the first 12 minutes of the second half in a 3-0 women’s soccer victory over West Virginia Tech in Beckley, W.Va.

Cumberland (3-2-0) outshot the Golden Bears, 18-3, in the match, including 12-1 in the first half. WVU Tech goalkeeper Martha Reyna made seven saves and the Golden Bears (4-2-0) cleared three shots off the goal line.

Cumberland peppered the WVU Tech net and finally broke through in the 36th minute with Aplin’s fourth goal of the year on an assist from Moreland for a 1-0 edge at intermission.

The Phoenix struck quickly in the second half, with Emily Shires assisting on Avnaim’s first goal of the year in the 50th minute. Moreland registered her third goal of the season in the 57th minute, taking a long free kick from Luca Jons and finishing to the far post, giving CU its third consecutive win after two losses to start the year.