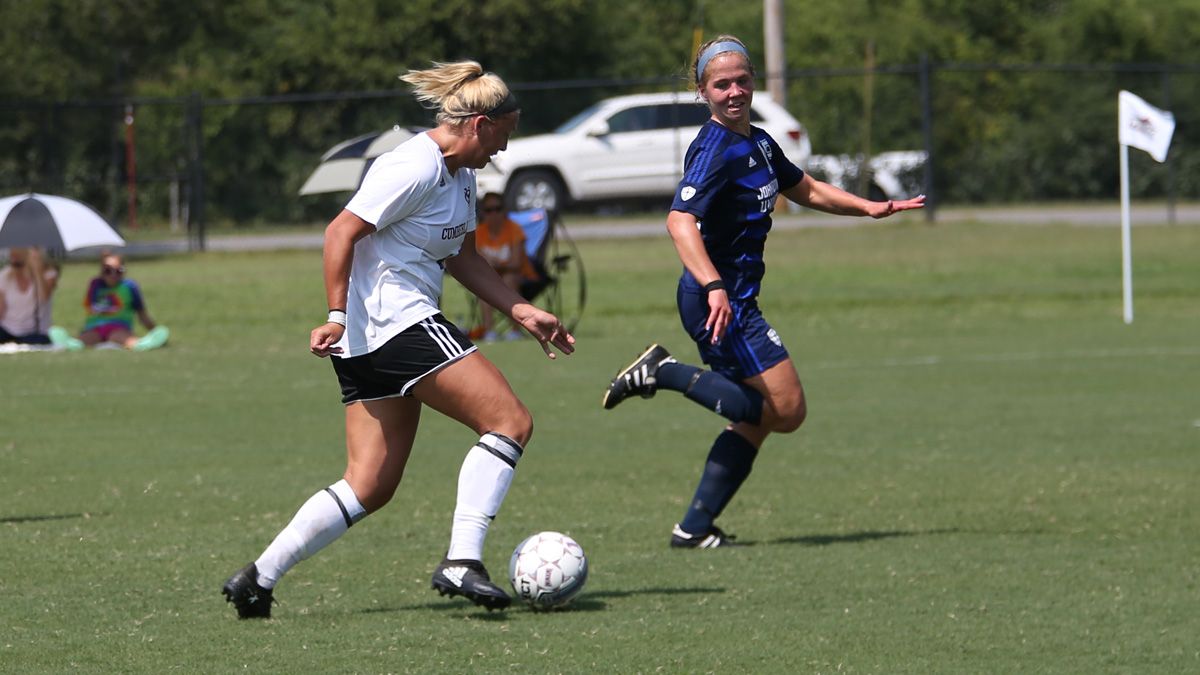 Emily Shires scored a pair of goals, her third and fourth of the year, in CU's 4-0 win over the Cumberlands. (Credit Bob Tamboli)
Univ. of Cumberlands at #23 Cumberland Univ. | September 26, 2017

LEBANON, Tenn. – Emily Shires scored in each half and 23rd-ranked Cumberland dominated possession for most of the match in a 4-0 victory over the University of the Cumberlands in women’s soccer action here Tuesday at Lindsey Donnell Stadium-Kirk Field.

Shires ended a long scoring drought with the two goals and Marissa Avnaim and Sarah Haddock added scores for the Phoenix (4-3-1, 1-0-0 Mid-South), which won for first time in the last three outings.

Cumberland got off to a tremendous start, with Shires heading in a cross to the far post from Rebecca Holloway just over three minutes into the match. It was the third goal of the season for Shires and her first since September 6 at Brenau University.

The Phoenix added to the lead in the seventh minute when Holloway crossed to the middle again and a scramble ensued, with the ball bouncing off Savannah Moreland and Shires. Avnaim picked up the loose ball and her shot got past UC goalkeeper Christie Funk for a 2-0 CU advantage.

Cumberland controlled the run of play for the first 30 minutes of the half but was unable to create anymore good scoring chances, mishitting a couple of shots from near the top of the box. CU outshot the Patriots (4-5-1, 0-1-0), 8-1, at one point in the period before the Cumberlands took four shots in the last 10 minutes, all from long range.

The second half started slowly for both teams until Mariah Aplin and Shires combined for another goal. They played give-and-go down the left side and Shires’ shot hit the far post in the 62nd minute and bounced in, her fourth goal of the year.

In the 77th minute Moreland’s corner kick found the head of Sarah Haddock for her third goal of the season. Cumberland outshot the Patriots, 18-10, in the match, including 10-5 in the second period.

The Phoenix host ninth-ranked University of Mobile on Thursday to end a four-match homestand.