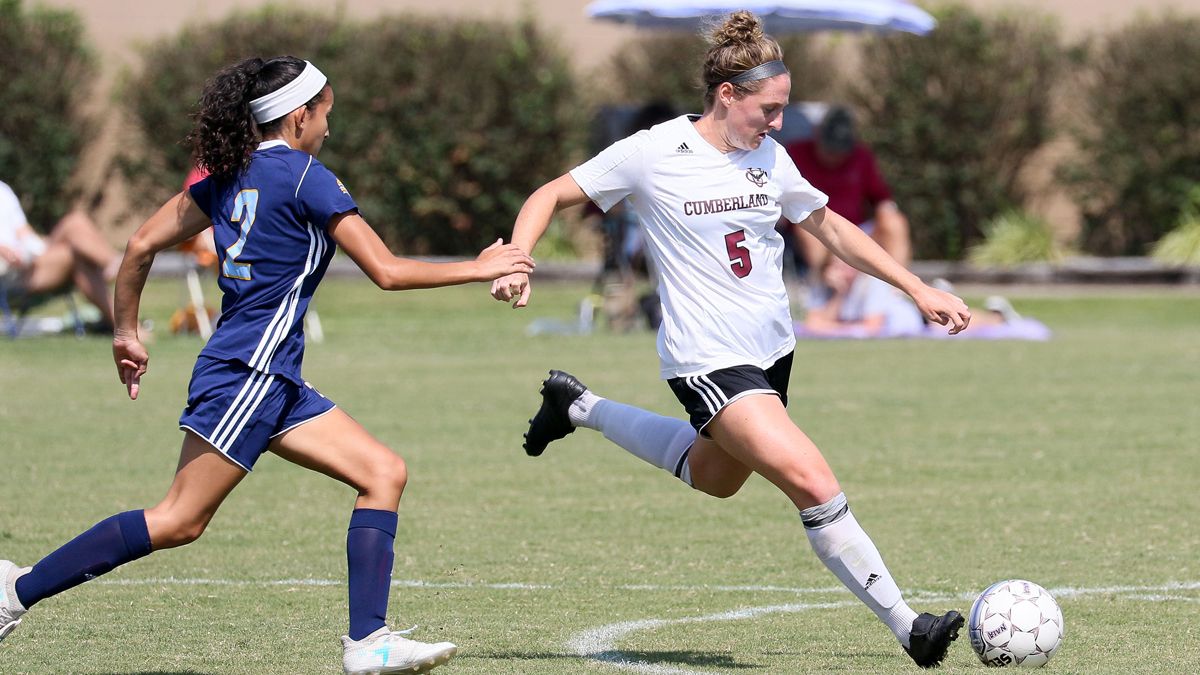 LEBANON, Tenn. – Emily Shires and Jennifer Segura each scored a goal and assisted on another and Rebecca Holloway added a long free kick for a goal in 25th-ranked Cumberland’s 3-1 victory over No. 12 Lindsey Wilson in women’s soccer action Friday night in Columbia, Ky.

The Phoenix (7-3-1, 3-0-0 Mid-South) won its fourth straight match overall and remained unbeaten in their last five outings, ending an eight-match losing streak against the Blue Raiders (4-4-3, 2-1-0). Lindsey Wilson outshot Cumberland in the match, 20-14, but just six of those shots were on frame. CU goalkeeper Ashley Kambeitz made five saves and allowed a goal in the 81st minute with the visitors ahead, 3-0.

Holloway got the scoring started with a long free kick from just outside the box on the left, beating the keeper to the upper left corner in the 16th minute, her sixth goal of the year.

Shires and Segura then traded goals and assists early in the second half to give Cumberland some breathing room.

In the 54th minute Segura netted her first goal of the year on an assist from Shires. Just 87 seconds later Shires found the back of the net, her team-leading seventh goal and fifth consecutive match with a score for the senior. Segura assisted on the play.

The Blue Raiders broke through in the final 10 minutes, with Emelie Liljered scoring on an assist from Hannah Schrage. LWC’s Jovana Ivanovic collected six saves for the home team.

Cumberland returns home to face Georgetown College next Friday at Noon at Lindsey Donnell Stadium-Kirk Field, the next-to-last home match of the year for the Phoenix.