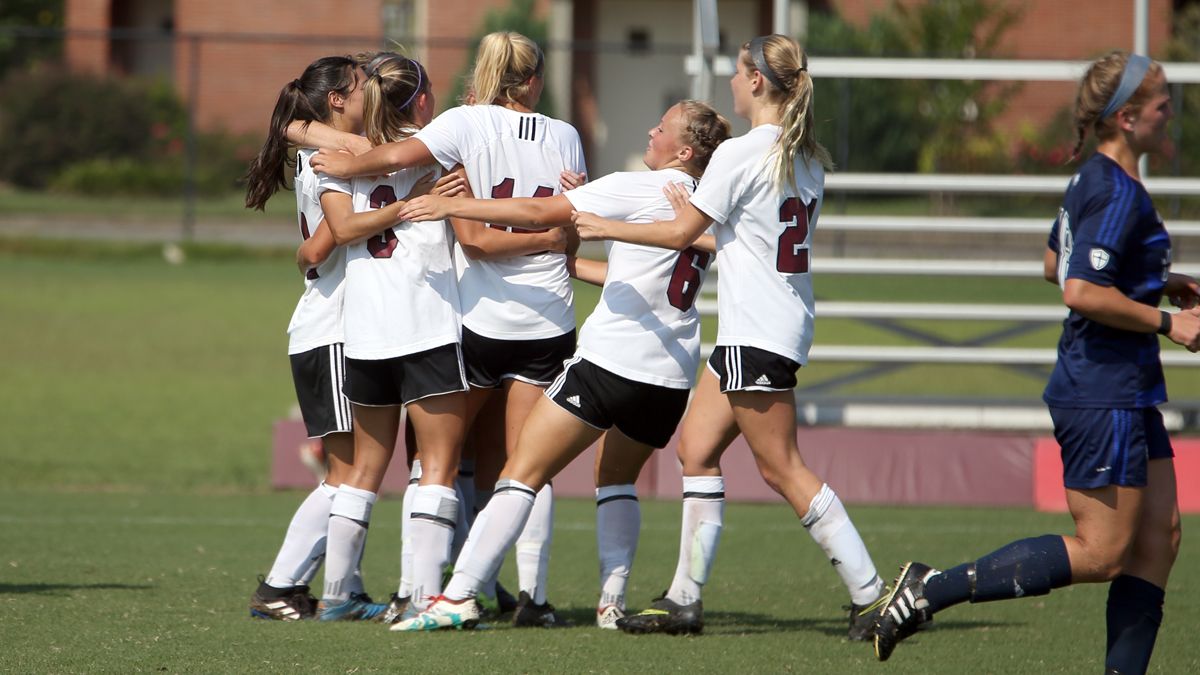 LEBANON, Tenn. – Rebecca Holloway’s hard cross from the right caromed off a Georgetown College defender and into the back of the net in the 94th minute, giving 17th-ranked Cumberland a 1-0 overtime victory in women’s soccer action here Friday afternoon at Lindsey Donnell Stadium-Kirk Field.

The Phoenix (8-3-1, 4-0-0 Mid-South) won their fifth straight match overall and dominated possession for almost the entire match, outshooting the Tigers, 22-9, but Georgetown (6-5-2, 1-2-1) got its one chance to win the match at the end of regulation.

Georgetown’s Bethany Massey played a thru-ball to Lindsey Dunn down the right side and Dunn’s shot from about 10 yards was deflected away by hard-charging Cumberland goalkeeper Ashley Kambeitz just before the one-minute mark remaining in regulation.

Cumberland had plenty of chances in regulation, including a shot off the post by Savannah Moreland, but many of the crosses from Mariah Aplin and Holloway did not connect in the box and several of the headers on corner kicks were either knocked away by Georgetown defenders or saved by Tigers keeper Megan Martin.

Cumberland had a great chance to take the lead in the 16th minute after a hand ball in the box against the Tigers after a corner kick, but Martin made the save on a Sarah Haddock PK and then she stopped a shot from Jennifer Segura.

The Phoenix held possession for much of the first half but were unable to penetrate the Tigers defense, which had eight and sometimes nine players behind the ball. CU’s best chances came on shots from Emily Shires and Holloway, but chances went straight into the arms of Martin.

Cumberland hits the road next week to face Shawnee State on Wednesday at 3 p.m. CT in Portsmouth, Ohio, before returning home next Saturday to take on the University of Pikeville for Senior Day at Noon.